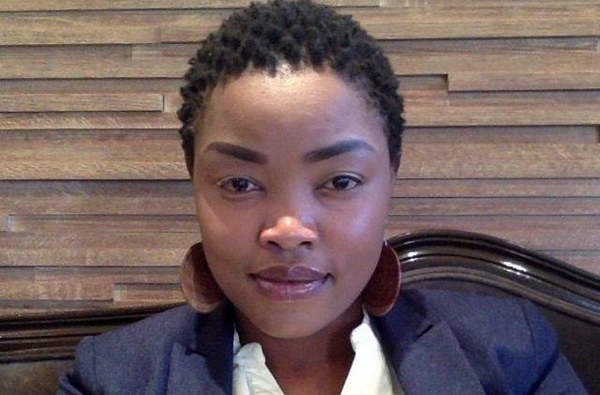 POLITICAL activist and aspiring MP, Vimbai Musvaburi, who made headlines for vandalizing the portrait of former President Robert Mugabe at Meikles Hotel, is being accused of snatching a boyfriend of a Canadian based woman.

The 35-year-old single parent was reportedly caught at Fidelis Mugari’s farm in Nyabiri by Fidelis’ Canadian based girlfriend Tendai Musarirwa.

“I couldn’t believe my eyes, I was in shock because I had travelled all the way from Canada only to find Vimbai half-na ked in my boyfriend’s house.

“She was only wearing my boyfriend’s t-shirt and when I knocked she was the one who came to the door,” said Tendai.

The man in the centre of the matter Fidelis, could neither confirm nor deny the accusations but was quick to hang up the phone when contacted for comment.

Vimbai could neither confirm nor deny the incident but claimed to be married to Fidelis, a claim that Tendai denied.

“I did not snatch anybody’s man, I got married to a man who got divorced two years ago and his name is Fidelis Mugari, this woman you are referring to is a married woman in Canada.

“I got married to Fidelis on October 17 and if she saw me wearing my husband’s t-shirt what’s wrong with that?” she said.

However, Tendai said Vimbai is lying that she is married to Fidelis, she added that the incident that she claims she got married to him was way after the day she caught her at the house.

“This woman is not married to Fidelis, she has even said it on various public forums that she is single.

“How can she be married to him when she is staying at her parents’ house with her two kids from her first marriage?

“In any case, she is claiming to have got married to Fidelis on October 17 but I caught her at the farm on September 15 when I went to the farm.

“She has been sIeeping with Fidelis from July last year whilst I was still in Canada that’s the reason why I had to come back and see it for myself,” she said.

Speaking on her credentials for running for parliament, Tendai said Vimbai’s behaviour does not qualify her for such.

“When I heard she was aspiring for a seat in parliament I laughed and was shocked at the same time because her reputation and attitude does not deserve such an esteemed position.

“But it is not for us to judge but the constituency which she will be contesting for.”