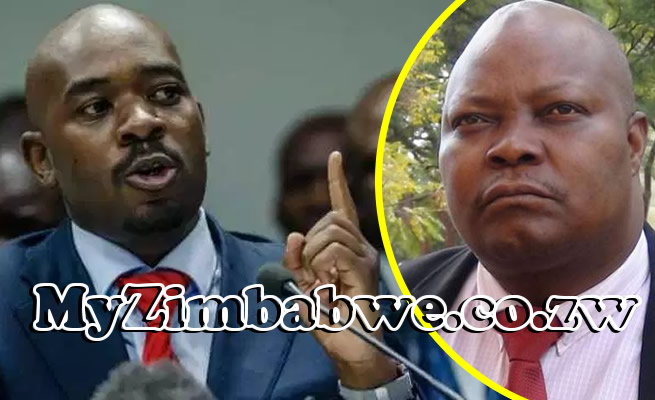 In a letter directed to the Commissioner General, Zimbabwe Prisons and Correctional Services, Chamisa queried the basis on which he was being denied the constitutional right to visit his party members who were arrested for allegedly inciting public violence in June.

“Our client advises that on divers occasions, he attempted to visit these individuals at both Harare remand and Chikurubi Maximum prisons, respectively, but upon arrival he was denied access,” read the letter from Chamisa’s lawyers, Shava Law Chambers.

“He (Chamisa) was advised by the prison guards that he was specifically barred from visiting anyone in prison detention without your written permission.

“The basis for this requirement could not be easily ascertained from these guards.”

Chamisa has been barred from visiting his party members but opposition MDC-T leader Douglas Mwonzora was given access although Sikhala and Sithole, according to a spokesperson, refused to meet him.

In terms of Zimbabwean laws, any person who is detained, including a convicted prisoner, has a right to communicate with, and be visited by a relative or anyone else of their choice, subject to reasonable restrictions which may be imposed for the proper administration of prisons or places of detention,” said the attorneys.

“Further, a careful perusal of your prison policies would reveal that there is only a single category of visitors that are not allowed visit, these are those in need of c0njugal rights.

“Our client does not fall in that bracket and as such he ought to have been allowed to visit the aforementioned individuals.”

In terms of visiting requirements to a prison or holding detention, every individual is mandated to produce his/her National ID or Valid Passport or Valid Driver’s Licence.

“Our client is a holder of all these documents and as such he meets your requirements for the purposes of visiting any inmate and in particular, the individuals who make subject of this correspondence.

“We are of the firm view that the guards, in trying to implement a patently unlawful policy, which seems to be targeted at one individual, our client, might have acted without your blessings.”

In reference to a similar incident of being denied access to prisoners, the letter made a citation to the case of Roselyn Hanzi vs The Minister of Justice, Legal and Parliamentary affairs, the Commissioner of General of Prisons and Anor HC 4404/22 in which it later turned out that the refusal of admittance had been done without the knowledge of administrators.

“It is within the above context that we are of the firm view that this is a matter capable of resolution without resorting to costly litigation process which, in any event, would put your office under unnecessary spotlight.

from yourself before visiting the aforementioned individuals, and if so kindly furnish us with a copy of the said policy document,” the letter said.