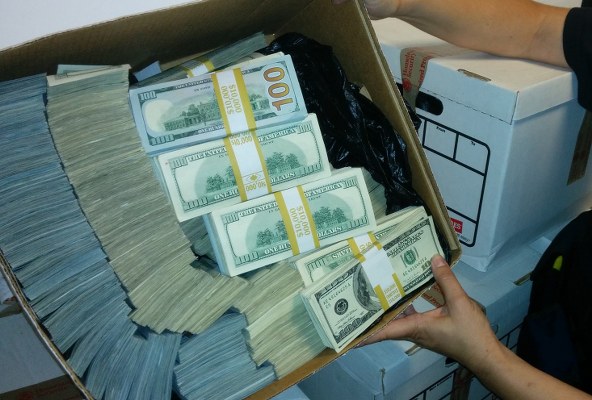 Shadreck Njowa, the mastermind behind the ZB Bank US$2,7 million and $43 000 heist which occurred in January last year at Gwebi River Bridge along the Harare-Chirundu Road who arrested in Harare, is expected to appear in court tomorrow.

Njowa, who had been on the run for nearly two years was arrested yesterday at a house in Highfield, where he has been hiding.

His arrest came after a team of detectives from the CID Homicide in Harare received information that Njowa was hiding at a house he used to reside.

A raid was carried out leading to his arrest.

Recently, the local financial institution offered a US$5 000 reward for leads which might result in the arrest of Njowa and his two other accomplices who were believed to have been part of the gang that robbed the bank.

The trio were in the company of 11 other gang members who have since been arrested and the matter is pending before the court.

The robbery of the US$2,775 million and $43 000 from a cash-in-transit ZB Bank vehicle was believed to have been an inside job where three security personnel in the vehicle allegedly connived with robbers.

The three security staff-Nomatter Jonga (43), Mathew Simango (66) and Fanuel Musakwa (34) were arrested and have since appeared at the Harare Magistrates’ Court.

They were travelling in a Toyota Hilux single cab with a canopy, secured with a tracker and emergency panic button.

The initial allegations given in court were that the three hatched a plan to steal the money and connived with six others.

It is alleged that Jonga, Simango and Musakwa picked three unknown suspects at the Westgate roundabout in Harare and drove to Inkomo tollgate where they collected a box containing $43 090, which was supposed to be deposited at the bank, and then picked up three more men at Inkomo Barracks turn-off as they drove towards Chinhoyi.

Upon reaching the 60km peg, Jonga stopped the vehicle and a fake robbery was staged.

The State alleges that an Isuzu twin-cab immediately arrived at the scene with people who were armed with pistols. Jonga, Simango and Musakwa surrendered their pistol and rifle before driving their Toyota Hilux for about 900 metres where the gang offloaded the cash boxes into the Isuzu which then drove off.