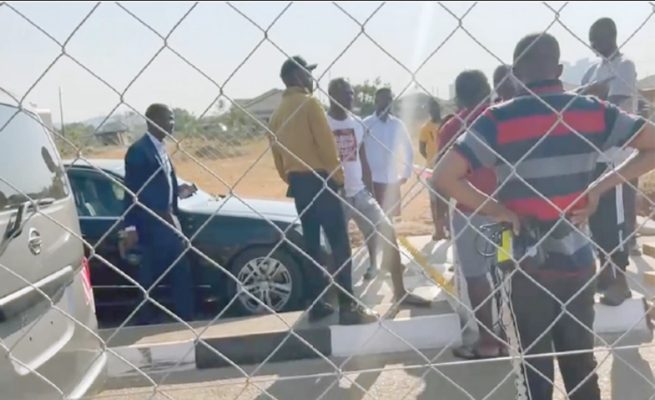 He had been denied entry for not having an access card.

Killer T hadn’t been paying for an access tag, which costs US$40.

Residents told H-Metro that the musician has a tendency of disturbing peace at the compound.

“At around 7am yesterday morning, he blocked the boom gate by parking his two cars.

“This inconvenienced people going to work as well as students going to school.

“He appeared drunk,” said one resident.

A security guard said the dancehall chanter has developed a habit of speeding through the complex.

“This is not the first time Killer T has caused commotion.

“He did the same thing a few months ago.

“When we used to manually close the boom gate, he would open for himself,” said a security guard.

He refused to use the gate, which does not require access cards, saying “mota yangu inosviba, handipinde nekumarara”.

The musician eventually paid his subscription yesterday morning after an angry exchange of words with residents.

The residents were not amused with his conduct.

Here are some of their chats:

“Very true, for a celeb of his calibre, that’s the least thing we would expect from him,” said one of the residents.

“He is at police now paying a fine.”

“Zvakaoma, why is he not protecting his brand?

Another added: “Haana tag so he should use the other gate.

“If we want to be taken seriously about our security an example should be made of him.”