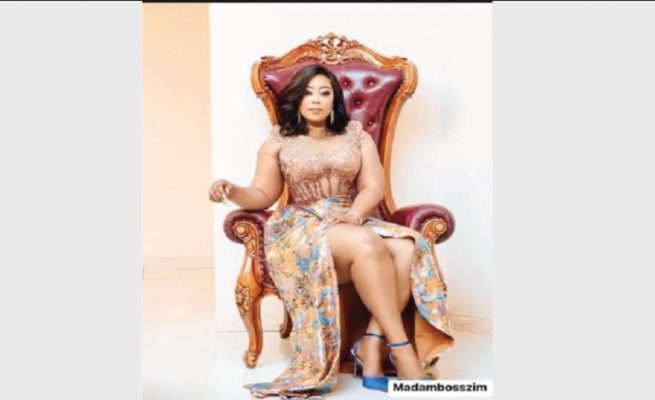 COMEDIENNE Tarisai Chikocho, popularly known as Madam Boss, was Saturday involved in a near fatal car accident on her way to Kadoma for the Makhadzi and Jah Prayzah music concert.

The accident happened just a few kilometres out of Norton.

Madam Boss was with her friends and details are not yet clear who was driving the car.

The socialite was taken to Parirenyatwa Hospital after she complained of chest pains. Her friends were taken to Norton.

In a message posted on her official Facebook page, it was said the victims are recovering in hospital.

“Thank you for your prayers and support. Tyra and her team members have and are still receiving medical attention.

“They are in the process of recuperating. As they are recuperating, we appeal to all stakeholders to help ease the condition by refraining from taking, posting and distributing videos, pictures and any material that invades their privacy.

“Once again, thank you for the prayers and support. We will constantly update you. God bless you all,” reads the post.

Meanwhile, a video of her receiving medication in hospital was posted on social media by one Patricia Jack.

In the video, Madam Boss was visibly unwell.