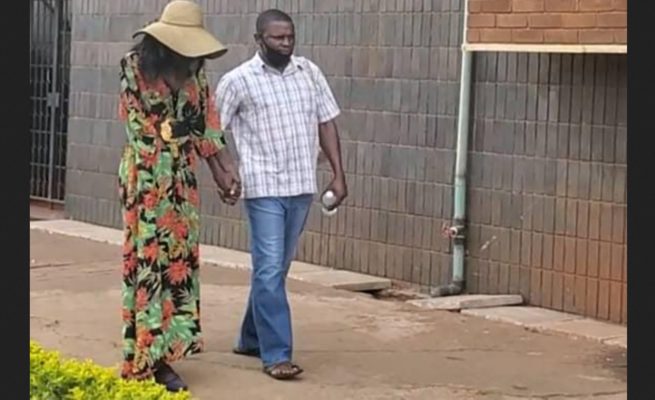 Marry Mubaiwa made her first public appearance after her right arm was amputated on Monday, showing up in a Harare court where her lawyers protested delays in prosecuting her on money laundering charges.

The ex-wife of Vice President Constantino Chiwenga walked slowly into the Harare Magistrates Court, an aide holding her left hand to support her.

Her lawyer Ryan Sitotombe told magistrate Taurai Manuwere that Mubaiwa’s right to a fair trial had been infringed.

“The state was already on notice and I don’t know how many times the accused should appear in court for her to qualify to be removed from remand. This is a brazen violation of the accused person’s rights,” Sitotombe protested.

“Your fellow magistrate Stanford Mambanje said he was giving the state a final chance to give her a trial date but they have failed to do that since 2020.

“The accused person has a right to a fair trial which includes the right to be tried within a reasonable time in an independent court. The charges are from 2019. The Investigating officer initially said the investigations will be complete sometime in 2020 but three years later, there is still no trial date.”

Prosecutor Lancelot Mutsokoti had asked for postponement of the trial citing that evidence obtained from a bank in South Africa was still being analysed by the National Prosecuting Authority (NPA).

He insisted that the case was “complicated” as he asked the magistrate for more time.

The extra-territorial investigation, said Mutsokoti, required cooperation with the National Prosecuting Authority of South Africa, which had allegedly not provided a password for them to access certain information.

Sitotombe wondered why Mubaiwa was arrested when investigators had no evidence of the crime.

“We don’t know how long they will take analysing the contents of whatever they say they got. The constitution requires the NPA to respect the rights and freedoms of accused persons. Since 2019, the state has been saying at the next remand date they will give her a trial date. Up until now they have failed to provide it and this is exactly what they are repeating today.

“If the state is ready for trial, they can still summon the accused person especially considering her health status. I don’t see how the state will suffer any prejudice.”

Manuwere is expected to hand down his ruling on Mubaiwa’s application to be removed from remand on October 28.

Mubaiwa is accused of money laundering after she allegedly transferred millions of dollars to South Africa where she bought properties without Reserve Bank of Zimbabwe approval.

The former model was arrested in November 2019 on a slew of charges including attempted murder, fraud, money laundering and assault following a complaint by Chiwenga who had just returned from lengthy treatment in China.

She was convicted on the fraud charge relating to attempts to upgrade her marriage to the retired former army chief while he was sick. She is appealing.