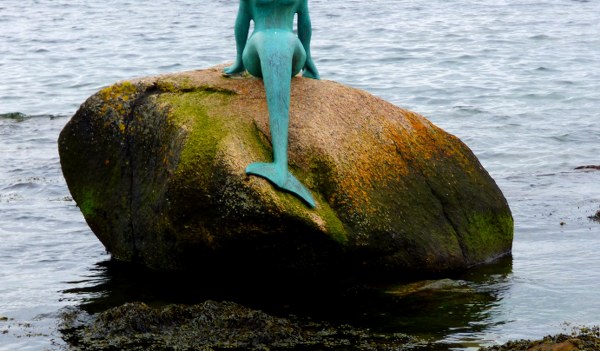 LEARNING and examinations at Chirinda High School in Ward Nine of Mutare South were this week disrupted after days of mysterious occurrences at the school where three Form Four girls were manifesting under suspected spiritual attacks.

When our news crew visited the school on Wednesday, no lessons were taking place as school authorities were locked in meetings with officials from the Ministry of Primary and Secondary Education and parents of the affected learners.

However, disgruntled members of the community were picketing outside the administration block where they were waving placards and chanting slogans denouncing the school authorities for not taking decisive action to address the issue.

Suspicion is rife that the affected girls and other learners were initiated into cultism by some teachers (names supplied) at the school.

No similar cases involving boys have been recorded.

The affected learners have been manifesting since last week and exhibiting strange behaviour. When they fall into a trance, they call out the said teachers’ names and sometimes menacingly charge towards them.

One of the girls narrated her ordeal.

“One Saturday evening this month, a teacher (name withheld) came and fetched us from our dormitories around 7pm. She took us to the headmistress’ residence at the staff quarters within the school premises where she was hosting a birthday party for her daughter. Cakes, popcorn, biscuits, sweets and raspberry syrup were served at the party. The school matron was not around that day and we returned to our dormitories around midnight,” she said.

The student said after a few days they started ‘visiting’ an unknown place where they would get under water during the night.

She added: “A lot happened there. We wore gold necklaces and bracelets as well as high-heeled shoes. Sometimes we stripp_ed nak_ed before wearing black robes and drinking blood from white glasses. Eventually, we would turn into mermaid-like creatures.”

Strangely, there is no water body in the vicinity of the school.

The girl said they fall under a spell each time any of the said teachers passes by.

Upon eye contact, she added, the teacher’s face mysteriously twirls into different shapes and forms with a fluorescent glow.

She said when the girl was taken to a nearby clinic after an inexplicable seizure, no disease was diagnosed and they sought assistance from faith healers.

Her sister continues to suffer on-and-off bouts, she added.

When she regains consciousness, the girl is unable to have even a feint recollection of what would have transpired.

Another girl suddenly fell into a trance in the presence of the news crew.

She was groaning and did not utter a word.

The girl only came around a few minutes after a faith healer had prayed for her.

The incident raised the ire of the gathered group of parents and guardians who were joined by other learners in a peaceful demonstration against the school authorities.

“This is really sad and disturbing. This is the first time such strange things are happening in the school’s entire history.

‘‘We are now fearing for our children’s safety,” said a community member, Mr Shepherd Bundo.

He added that a vicious whirlwind swept across the school yard a few days before the attacks began, adding that the whirlwind left the entire community shaken.

A woman, who only identified herself as Mrs Kutukwa demanded answers.

“The responsible authorities should thoroughly investigate what is going on. We demand answers and corrective action must immediately be taken before something tragic happens,” said Mrs Kutukwa.

The picketing parents were up in arms with the School Development Committee, whom they accused of siding with the headmistress.

“We feel let down by those we chose to represent us parents as the SDC. Could this be a coincidence that the headmistress assumed duty at the school nearly a month ago, invited learners to her place for a birthday party about two weeks ago and then these strange things start happening?” quipped another guardian from the crowd.

The parents allege that the headmistress went against a resolution passed during a meeting early this year that a clergyman from a local church, Pastor Chikura, would hold a prayer session before Form Four learners could take their final examinations.

This had been the annual tradition at the school.

The parents said they are also taking up the matter with the local traditional leadership.

Repeated attempts to get a comment from the SDC chairperson, Mr Charles Chiadzwa, were fruitless as he was holed up for a meeting with the headmistress in her office.

Manicaland Provincial Education Director, Mr Edward Shumba said he is yet to get a detailed report of what transpired at Chirinda High from the District Schools Inspector, Mr Creezin Chofamba.

“From what I heard, this could be a case of hysteria. It then becomes difficult to differentiate between a person who is possessed or not as there may be no way to authenticate that with a spiritual, supernatural or scientific explanation. As such, it may be difficult to tell what is factual from fictition,” said Mr Shumba.

The local community has since reported the case to police in Odzi and they reportedly visited the school on Tuesday.

However, acting Manicaland provincial police spokesperson, Assistant Inspector Wiseman Chinyoka could not comment on the issue as he was in a meeting at the time of going to print.

“This is a clear case of something spiritual at play. In the Christian realm, they call it Satanism, but from a traditional perspective, these are spiritual attacks. These girls are being used by cults for monetary or s_3xual gains.

“Those affected are a vulnerable group as learners. They are being specifically targeted because they are easy to manipulate. Their innocence makes them easy prey. These mysterious occurrences could be used as a way of dispossessing them of their natural gifts,” he said.

“There is need for exorcism among the affected learners. An expert in these matters can be engaged in order to interpret what is happening when the girls get possessed.”

Roman Catholic Church priest, Father Simba Rukanda said people need to understand whether the attacks are demonic or hysterical for the proper solution to be identified.

“When dealing with cases of this nature, one needs to understand whether this is demonic or hysteria. Dealing with demons is not a stroll in the park, it requires one to be spiritually strong as you will be confronting the devil himself.

‘‘You need fasting and strong prayers before embarking on an exorcism mission as the results can be fatal on your part as the demonic spirit may kill you.

“As the church, we should continue praying and fasting as the devil is preying on innocent souls. We should remain steadfast in our prayers as this is a shield against all evil attacks,” said Father Rukanda.