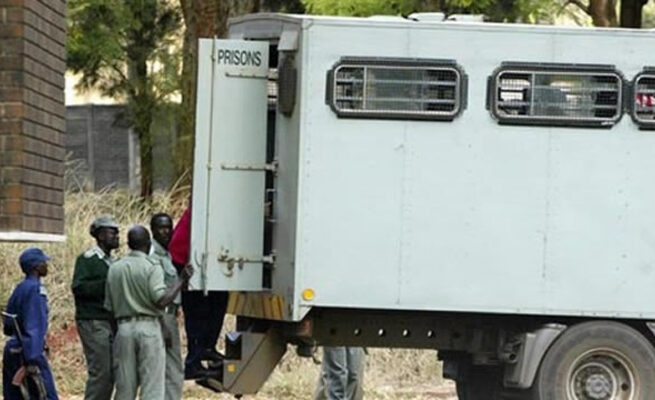 EIGHTY-FOUR (84) Malawian migrants arrested in Zimbabwe for lack of travel documents are languishing in prisons while awaiting deportation.

The majority of the immigrants had no intention of staying in Zimbabwe because they were caught en route to South Africa.

Zimbabwe, unlike most of its neighbours such as South Africa, does not have holding facilities for immigrants awaiting deportation. The illegal immigrants are instead imprisoned.

Malawi’s deputy ambassador to Zimbabwe Elias Mpaso confirmed the arrests saying the embassy was making efforts to repatriate them.

“Last Friday we had 84 Malawian nationals in Zimbabwean jails. There are 66 males at Harare Remand Prison and 18 females at Chikurubi. These people were arrested in different parts of Zimbabwe.

Previously, the country’s prisons were holding about 550 Malawian citizens who were caught trying to sneak into South Africa via Zimbabwe without travel documents.

In August, the country jailed 148 undocumented Malawian nationals. Malawi Freedom Network reported that the 148 were sentenced to between four and six months in prison while awaiting deportation.

Malawi has since sought help from international institutions such as the International Migration Organisation to facilitate the return of its citizens.

The Zimbabwe Human Rights Commission said it was a human rights violation for immigrants to be locked up in prisons together with convicts.