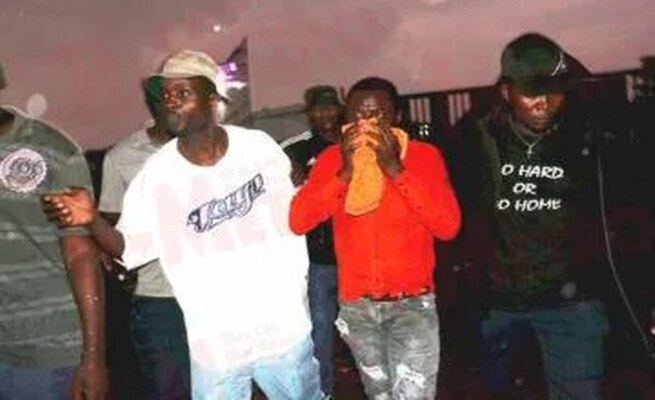 The send-off lit up the usually sleepy Dirikwe Village of Nyanyadzi in Chimanimani District.

Petunia, to whom the celebrated musician dedicated one of his popular hits “Petunia”, recently succumbed to cancer and was laid to rest last week on Tuesday at her rural home of Nyanyadzi.

The two lovebirds were blessed with one child named Munashe. The song “Petunia” became an instant hit upon its release.

Petunia gave birth to Munashe in 2000, the same year that the song was released.

Apparently, the sungura king has a knack for dedicating songs to his lovers.

“Madhau” was meant for a lover who was said to be based in Marondera, while “Monalisa” hailed from Bulawayo and “Tafadzwa” traces part of her upbringing to Mutare.

Mourners who gathered at Petunia’s rural homestead for three-day funeral would often break into song and dance, with the hit song “Petunia”, being the soundtrack of the funeral.

Brother to the deceased, Isaya Rwizi, said Macheso’s music was played throughout the funeral.

“Most people who knew my sister well pleaded with us to have some sort of a funeral party for Petunia.

“They played Alick Macheso’s music throughout and danced.

“Apart from the suggestive dances, we saw nothing wrong with that because we all know that the two, Macheso and my sister Petunia, once had an affair and they had a child together,” he said.

As Petunia lay on her deathbed long after her relationship with Macheso had ended, The Weekender understands that the sungura legend would chip in with financial assistance.

Even on her funeral, Macheso is said to have covered some of the funeral expenses.

Said Rwizi: “We have no complaints against Alick Macheso. It is a good thing that he cared for Petunia even as her health failed her. He contributed towards her burial. During the days she was unwell, Mai Shero (Macheso’s wife) gave our sister some financial assistance and we appreciate such humility.”

Incessant efforts to get a comment from Macheso were fruitless as he was repeatedly said to be at his farm in Chivhu. His mobile phones were not reachable.

His manager, Tichaona Makahamadze said the sungura giant had been unreachable for a while and promised to keep trying to get hold of him for a comment.

In the song “Petunia”, Macheso expresses his deep love for the woman.

Back then, the rumour mill had it that a Chipinge man only identified as Garikai, who is also now late, was in a relationship with Petunia when Macheso came into the picture.

Garikai is said to have dumped Petunia after discovering that Macheso and Petunia were seeing each other.