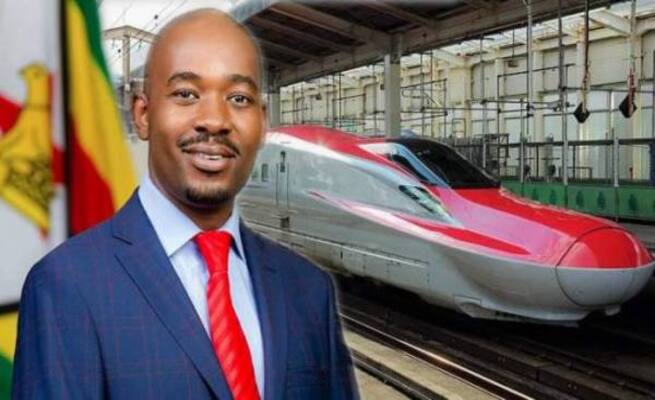 The incoming Prime Minister, Sam Matekane (64), ended the reign of the All Basotho Convention (ABC) and the Democratic Congress, which have dominated politics in the kingdom of 2,1 million people since 2012.

His six month old party, won 56 out of 120 parliamentary seats – five seats short of an absolute majority that would have ended the era of unstable coalition politics in that country.

The development prompted Matekane to go for a three-member coalition government.

Highly placed sources in the country’s main opposition political outfit, CCC, on condition of anonymity, told NewZimbabwe Chamisa was among the invited guests.

“He (Chamisa) flew out early Wednesday morning heading for Lesotho following the honour of having him as one of the invited dignitaries.

“He somehow enjoys cordial relations with the incoming Lesotho’s Head of State and the duo have exchanged notes on political challenges bedeviling their nations,” the source said.

The source speculated the youthful opposition leader was likely to spare time to meet Zimbabweans living in the mountainous kingdom, before returning home.

However, efforts to get confirmation from the CCC spokesperson, Fadzayi Mahere were fruitless as her mobile phone went unanswered.

The just-ended Lesotho polls received global acclaim with observer missions from regions such as the European Union, describing them as free, credible and peaceful.

It was apparent Zanu PF strongman, President Emmerson Mnangagwa would not attend the Lesotho inauguration as he would be seized with the party’s congress where he set to be endorsed as the sole presidential candidate in 2023 polls.

Impressed by the good example, which is quite rare on the African continent, the United States has thrown full weight by issuing a statement to announce a delegation to grace the inauguration.

“The Honourable Alice P. Albright, Chief Executive Officer of the Millennium Challenge Corporation, will lead the delegation,” said the US in a statement.

Members of the Presidential Delegation shall include , the Honourable Maria Brewer, U.S. Ambassador to the Kingdom of Lesotho, the Honourable Loyce Pace, Assistant Secretary for Global Affairs, U.S. Department of Health and Human Services,the Honourable Paula Garcia Tufro, Special Assistant to the President and Senior Director for Development, Global Health, and Humanitarian Response, National Security Council.