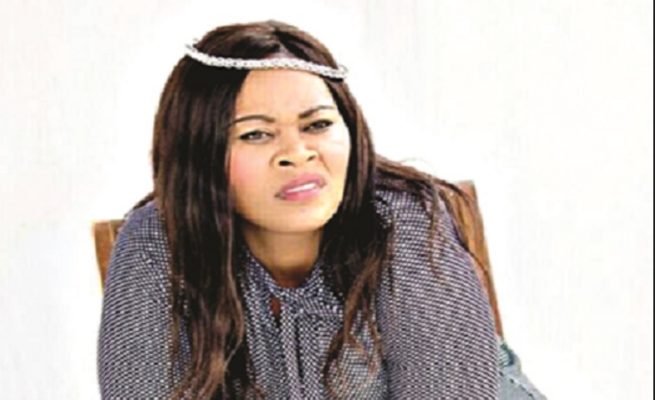 THERE was drama at a local private hospital yesterday when Madam Boss’ mother-in-law exploded and started attacking H-Metro over our coverage of the family’s drama.

She promised to inflict more harm in the future. Her explosion, into a fireball of anger, in which she uttered all kinds of threats, drew the attention of the hospital’s staff members and patients.

“If you are here for treatment go ahead because if you continue appearing before my eyes I will do something. You want to see my BP (blood pressure) rising or what?

“I am fed up with your stories, get away from here!”

Madam Boss granted H-Metro an exclusive interview, after the shocking outburst, and issued an apology, on behalf of her mother in-law.

“I am very sorry about this,” said Madam Boss. My mother has been touched by the accident and her love for me does not tolerate whoever writes negatively about me,” she said.

H-Metro Editor, Robson Sharuko, said this was part of a tough job of working for a tabloid which usually publishes articles, which many would rather like to see hidden under the carpet.

“It’s just another day in our work, tough as it is, but we have to take it into our stride,” he said.

“It’s actually a message that we are doing something right because journalism loses its soul when it becomes the identical twin of public relations.

“We have to understand that we generate some anger with the kind of stuff, which we cover, but our commitment is to our readers.”

“When one considers that even war has to be covered, then you can understand that this is all part of our job.”