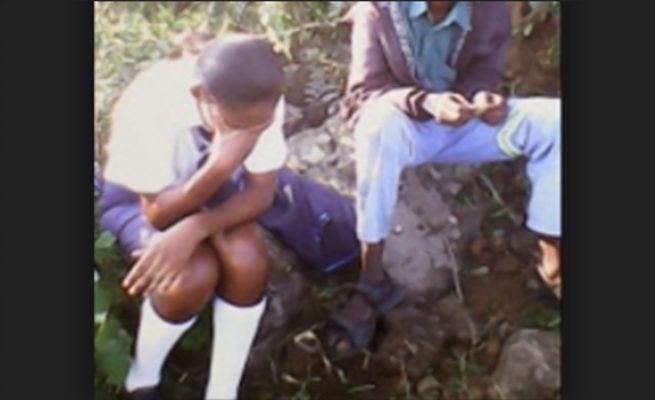 A 33-year-old man from Maraposa Plot in Insuza, Matabeleland North province who was caught red-handed having s_əx with his teenage lover in the bush was arrested and dragged to court to answer charges of having s_əx with a minor.

It was gathered that Nqobani Ndlovu was busted during a bush s_əx romp with his teenage lover who is a Grade Seven pupil at one of the schools from the area.

It is alleged that Ndlovu had a tryst with the 15-year-old girl despite knowing that she was a minor.

Circumstances are that on 26 September at around 4pm Ndlovu met the victim while on her way from school and prop0sed love to her and she accepted his proposal.

It is reported that afterwards the two parties parted ways as they proceeded to their respective homes.

It is alleged that the following day at around 3pm, the victim who was on her way from school met Ndlovu who reportedly got hold of her hand and asked to have s_əx with her and she agreed.

While in the act, Ndlovu was spotted by a passerby who then raised an alarm.

Seeing that they had been busted the two lovers fled from the scene but the passerby who had positively identified the girl went and notified her parents.

When she was confronted by her parents, the girl confessed that she was in love with Ndlovu and that they were busted having s_əx in the bush.

A report was made to the police leading to Ndlovu’s arrest and subsequent appearance in court.

Ndlovu was not asked to plead and was remanded in custody to October 28.