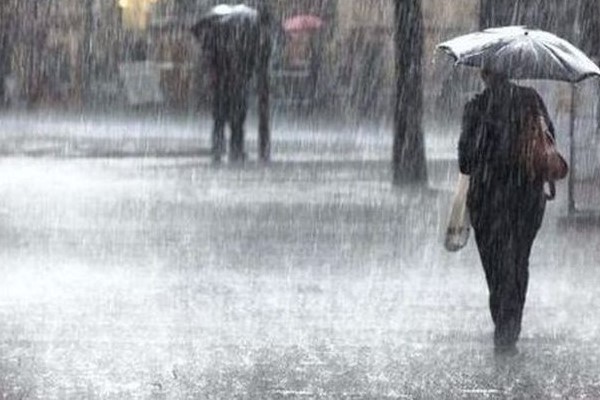 The worst affected are traders operating flea markets and Small to Medium Enterprises (SMEs) near the old long-distance bus terminus which is located in a low-lying area where WaMlala Stream passes through.

A distraught, Mr Charles Ndou who is in the business of fixing electrical gadgets said the flash floods are perennial.

“We have to endure this headache during every rainy season and our appeal is for the local authority to work on a permanent solution which includes setting up storm water drains around this suburb,” he said.

“I lost quite a number of gadgets belonging to my clients and it will be hard for me to recover.”

Miss Deidre Matshudula who operates a salon and a beauty parlour said most of her stock had been soaked in water while some were washed away.

She said council should work on the drainage system in the area before the onset of the rainy season.

“This is very sad considering that I had just stocked some hair salon-related items this week. Most of the electrical gadgets we use here have been damaged by the water. The effect is too much,” said Miss Matshudula.

According to Mr Panashe Takundwa, who owns a computer repair and accessories shop near the bus terminus, the damage to his shop cost him thousands of rands.

“All my equipment was submerged in water when I reported for duty this morning (yesterday),” he said.

Mr Takundwa said there was a need for the local authority to attend to issues of drainage in the town and to manage the flow of water from the main source before it reaches the main bus terminus.

Another resident, Ms Nesta Nedziwa said the issues of flooding in many shops and houses in Dulivhadzimu had become a cause for concern and authorities must come up with a permanent solution.

Ms Sophia Ndou, a resident of the municipality-owned hostels which house 54 households said most of them had been left without food, clothes and blankets as a result of the flash floods.

District Civil Protection Unit’s (CPU) chairperson, Mrs Sikhangezile Mafu said they had set up a technical team led by the Municipality of Beitbridge to look into the immediate needs of those affected.

The team is also expected to make recommendations on midterm and long-term solutions to address challenges in the area.

“We expect the team to urgently assess the damage, segregate the numbers of those affected by age, gender and households so that we may have a clear picture on the extent of help based on each category’s needs,” she said.

“At the same time we can’t keep talking about the same problem in the same area every rainy season. So, we have tasked the technical team to make recommendations on the long-term solutions to fix uses around that area. This is a challenge we need to fix permanently.”

Mrs Mafu said the CPU had since engaged local development agencies to complement Government’s efforts in attending to the immediate needs of businesses and residents in Dulivhadzimu suburb.

She said they had also alerted the provincial CPU to be on high alert considering that the rainy season was just starting.

Sensitisation teams, she added, were being sent to educate people in high flood risk areas on the possible dangers and disasters which are prevalent during the rainy season.

“In some instances we will engage schools, churches and those with buildings on higher ground to accommodate any victims of rains induced disasters,” said Mrs Mafu.

Most of the known floods hotspots are those living near water bodies including the Umzingwane, Shashe and Limpopo Rivers and those in low lying areas of wards 1, 2, 4, 6 and 8.