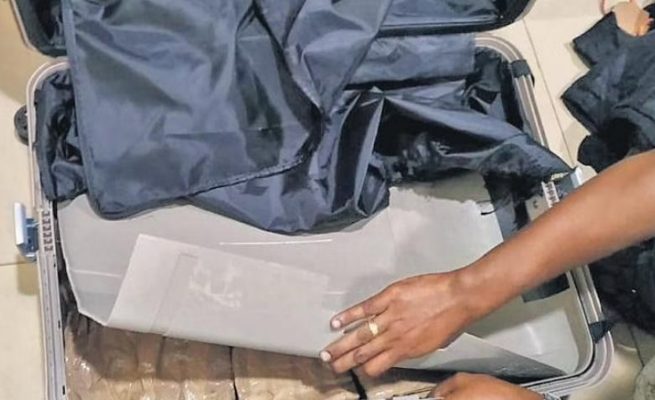 Another Indian national today appeared in court after he was arrested at the Robert Mugabe International Airport with 7.3kg of heroin.

Ronald Florentius was facing charges of contravening the Dangerous Drugs Act when he appeared before Harare magistrate Mr Dennis Mangosi.

He was remanded in custody and advised to apply for bail at the High Court.

Allegations are that on October 26, detectives from CID Drugs and Narcotics, Harare, received information from a reliable source that Florentius was in possession of heroin which he intended to smuggle to India.

In pursuant to the information, the detectives waylaid Florentius at Robert Gabriel Mugabe International Airport where they intercepted him as he checked in.

The detectives approached the accused and requested to have his bag scanned.

It was detected that the accused’s red travelling bag had suspicious contents in it.

It is alleged that the bag was opened in the presence of the accused leading to the recovery and seizure of two transparent packets containing prepared opium also known as heroin which was precisely stuffed with glue in the lining of the travelling bag on the bottom sides of the bag.

Florentius was arrested and it was established that he had an Indian travelling document, passport number R6060694 and boarding passes to Addis Ababa, Ethiopia enroute to India on an Ethiopian airline.

The court heard that a field test was carried out on the contraband in the presence of the accused and it tested positive for opium or heroin. The drug was also weighed in his presence and it recorded a total of 7,3kg with an estimated street value of ZWL$ 5 840 000.

Ealier this week another Indian national Nabin Chandra was arrested after he was caught with7,7kg of heroin at the Robert Gabriel Mugabe International Airport while leaving the country. He appeared in court yesterday on charges of unlawful dealing in dangerous drugs.

Chandra was arrested by detectives from CID Drugs and Narcotics after an Aviation Security (AVSEC) officer manning the screening point told them that there was a checked-in navy blue bag with suspicious contents.