CITIZENS Coalition for Change (CCC) leader Nelson Chamisa yesterday said President Emmerson Mnangagwa was ignoring his calls for dialogue to end escalating acts of political violence ahead of the 2023 elections.

Chamisa told The Standard in an interview that he had made a “formal engagement” for a dialogue with Mnangagwa over the violence which has spread throughout the country. 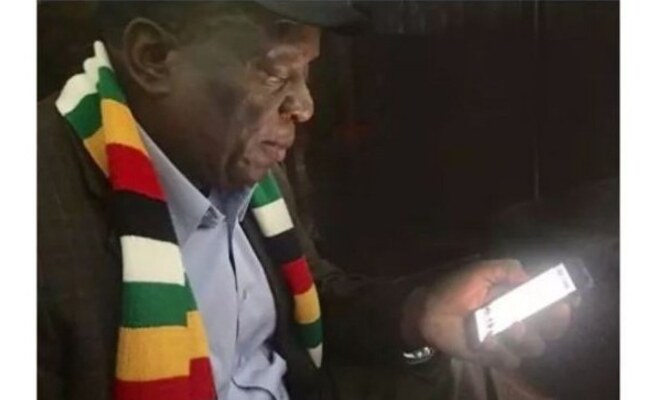 A fortnight ago, CCC supporters including legislators Kucaca Phulu and proportional representation MP Jasmine Toffa were left nursing injuries after they were attacked by suspected Zanu PF activists in Matabeleland South.

“We need a new national consensus. We must have a pre and post-election pact through dialogue,” Chamisa said.

“Mnangagwa is fully aware of this (that I want dialogue). Zimbabwe wants national leaders’ not party leaders, not those that are pursuing selfish interests.

“The issue of violence and gross human rights abuse is bigger than a political party.”

Mnangagwa has previously said he cannot dialogue with Chamisa alone.

He has said Chamisa must join the Political Dialogue Act (Polad), a platform where he meets with other opposition party leaders.

But Chamisa has said the contentious issues were between major rival parties, CCC and Zanu PF.

“Politics must not be a declaration of war. It is a mandate conferred by citizens through a credible poll,” Chamisa said.

“What we must change in Zimbabwe is the fabric of election and that can be only achieved through a genuine conversation.

“This is a Zimbabwean issue. It’s an African issue. We must move away from toxic politics, adversarial and conflict ridden engagement on political issues.

“We must learn from what has been happening in DRC, Malawi, Zambia, now Lesotho, which is governance through free and fair elections.”

Chamisa called on the church and other stakeholders to facilitate the dialogue between him and Mnangagwa.

“Civic society organisations and the church can facilitate the dialogue,” said Chamisa.

“A disputed election is dangerous to the nation.

“It is folly and narrow-minded to pursue a course that leads to a disputed election.

“Any wise leader should appreciate a patriotic platform.

“I have raised my hand on behalf of the citizens to say, let’s have a meaningful dialogue on issues of concern.

“We are missing the boat because of selfish politics.

“We cannot have a commandeered voting system in the rural areas and claim that we have had an election.”

Mnangagwa’s spokesperson George Charamba yesterday insisted on Polad as the only platform for dialogue.

“But Chamisa has his own reservations, which has deadlocked the issue of dialogue between him and the president,” Charamba said.

“The burden of finding another platform, which is efficacious, appealing and acceptable to Zanu PF and the president is his and I wish him all the best on that score.

“There is also the provision of the Private Membership Bill which they can pursue.

“Whether those options succeed or not it’s another issue, but the fact is they have several avenues to push for the reforms.”

The CCC leader has survived attacks from suspected Zanu PF activists, including an assassination attempt last year during his rural mobilisation visits.