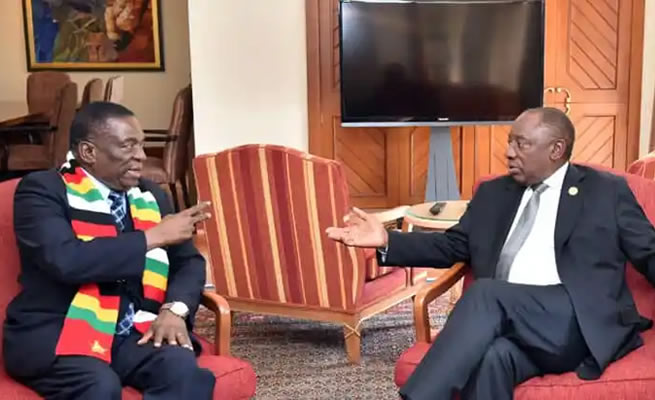 THE United Kingdom Parliament is concerned that there is no sign that Zimbabwe will hold free and fair elections next year following political violence during recent by-elections.

It is also concerned about the country’s failure to implement 2018 electoral reforms recommended by international observer missions.

Contributing to debate in the British House of Lords last week, UK’s Minister of State and the Foreign, Commonwealth and Development Office Lord Zac Goldsmith of Richmond Park said limited progress had been made in implementing electoral reforms.

Zimbabwe will hold its 2023 general elections in July or August next year.

“We recognise that there has been only very limited progress to date on the electoral reforms recommended in the 2018 paper. Key outstanding areas include a transparent voter registration process, publication of an accurate voter’s roll, transparent use of State-owned resources and more effort to demonstrate the independence of the electoral commission. This remains a priority in our discussions with not just Zimbabwe but neighbouring countries as well,” Lord Goldsmith said in response to questions from legislators.

In response, Lord Robert Hayward said: “At that time (2018 elections) I was one of the observers from this country on behalf of the Commonwealth, with the noble Baroness, Lady Jay. The report was pretty damning, particularly in relation to the events after the general election. Can my noble friend ensure that very strong representations are made to the electoral commission (Zimbabwe Electoral Commission) because it has been lamentable in any action? There is no sign that it will enforce any form of free and fair elections next year.”

Another UK legislator, Jeremy Purvis of Tweed suggested that there be ministerial meetings with the Southern African Development Community (Sadc) to come up with regional solutions to end political violence in Zimbabwe.

British legislators also suggested that they should take advantage of South African President Cyril Ramaphosa’s scheduled visit to the UK next month to engage with a view of influencing free and fair elections in Zimbabwe.

“The noble Baroness has been a champion of Zimbabwe for many years, and I pay tribute to her for that. She is right to identify this upcoming visit as an opportunity. There is no doubt that SA, and indeed southern African countries, not least through Sadc, have a particular ability to influence Zimbabwe, far more so than we can. I am sure that the topic we are discussing today will be on the agenda when the visit happens,” Goldsmith responded.

Lord Oates then asked about the political incarceration of opposition Citizens Coalition for Change (CCC) legislators Job Sikhala (Zengeza West) and Godfrey Sithole (Chitungwiza North) who have been detained at Chikurubi Maximum Security Prison for 142 days and paraded in leg irons.

He said political violence would mar the credibility of 2023 polls, adding that King Charles should condemn Zimbabwe’s brutalisation of the opposition.

Lord Goldsmith responded: “l thank the noble Lord for raising this enormously important issue. He is right; the world is watching and of course the UK is deeply concerned by the challenging human rights situation in Zimbabwe. Political parties, journalists and opponents should be able to operate without any form of harassment.”

He said the UK would monitor the individual cases, including that of CCC proportional representation MP Jasmine Toffa and other women who were brutally beaten up by suspected Zanu PF activists while campaigning in Insiza and Matobo last week.

Lord St John of Blesto said indications were that the country would not conduct a free, fair and credible election next year.

Mangwana said: “We resist any attempt by outside forces to control the narrative of our electoral processes especially before they have been proclaimed. We totally condemn this conduct which seeks to undermine in advance the credibility of our 2023 harmonised elections,”

“It is tantamount to writing a report before the elections. Our electoral processes are guided by our laws which the Commission has always adhered to and will continue.”

“…And of course it is right that the current political approach inhibits that potential. The UK is a long standing partner of Zimbabwe and we provide significant levels of ODA (overseas development assistance). However, I want to be clear to the House that we do so in a way that avoids government to government bilateral financial aid,” Goldsmith said

He said the UK would use whatever leverage at its disposal to maximise the chance of a free and fair election in Zimbabwe.

“We know that President Emmerson Mnangagwa wants more engagement with the UK — that is clear — and in many respects we want him to have that too. However, deeper re-engagement with the UK will require meaningful political and economic reform and respect for human rights and the rule of law in line with the President’s own commitments when he took office,” he said.