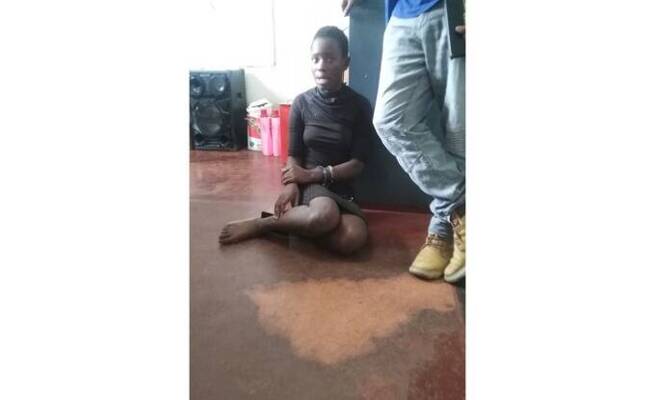 Police in Bulawayo yesterday arrested a maid who had kidnapped her employers’ 20-month-old son and drove off in their car.

Kimberly Ncube (19) was employed by a family in Paddonhurst suburb and started work last Saturday, only to betray her employers on Monday.

Following her arrest yesterday, the child was reconciled with his parents at around midday, 24 hours after he was kidnapped.

According to police sources, Ncube was a commercial s_əx worker operating at Palace Hotel in the city centre and a nightspot called Kuvukiland in Cowdray Park.

When she was apprehended, the white BMW 318i car she had made off with had run out of fuel.

Residents of Paddonhurst suburb said at around 11am on Monday, Ncube was seen racing through the neighbourhood with the toddler, nearly crashing next to the shopping centre.

“The other side of the car bumper was falling down and scratching the tar. We looked at the person who was driving wanting to see what kind of a driver he or she was, as she kept on driving without care.

“One person tried to stop her; trying to fix the bumper, that’s when we noticed it was a young girl and the child was inside and she was wearing a black dress.

“She took off at a high speed and swerved on the road, she hit two humps, nearly crashing into a tree.

“She hit the second hump after the shops where that bumper fell off. When people started running to the car, she reversed, leaving that bumper there, and sped off.”

Ncube and the toddler were then spotted by motorists at Kelvin West industrial areas near Dairibord, where she was reportedly filling up the car with someone else in it.

According to police sources, Ncube drove the car to Cowdray Park, Nketa and Njube to show off to her friends that she had made it in life.

“The accused went around the city visiting friends in Cowdray Park, Njube and Nketa to show off that she was now successful and driving a BMW. Also, she claimed that she wanted to go to her rural home to show her parents that she had made it in life,” said the source.

After driving around the city yesterday morning, Ncube was forced to stop at Iminyela suburb, when the car ran out of fuel.

“Kimberly Ncube is a popular lady of the night with touts operating at Palace Hotel and also Kuvukiland in Cowdray Park. When she was caught she was at Number 1 (Iminyela suburb) and the car had run out of fuel.

“She had been calling her boyfriends and tout friends looking for fuel money. She had no intention to go back because she knew that her employers were looking for her,” said the source.

“Police acted on a tip-off from members of the public and found the car parked outside a house in the suburb. They asked residents where Ncube and the child were and they said she left with the child to look for fuel.

“Police then laid an ambush and she was arrested, upon her return,” said the source.

She said Ncube had registered with an agency and did not produce identity documents.

“If you want to employ a person, vet them. Know their relatives and also speak to them, so that when we start looking for someone we know where to start. Here we were stuck because she gave a false address in Nketa and she had no identity documents,” said Asst Insp Msebele.

She said employment agencies must thoroughly vet anyone who wants to use them.

“A word to these employment agencies is they have to vet the people they register because the accused registered and just got employed, there was no background check as to whether she was a thief, considering that she was employed on October 26 and after two days she did this,” said Asst Insp

She warned youths not to be involved in crime.

“To our youth, showing off isn’t everything. Stealing a car and meeting with friends to show off. She is 19 years old and she is now facing serious criminal charges and jail time. Besides that, her actions have traumatised the child and the family,” said Asst Insp Msebele.