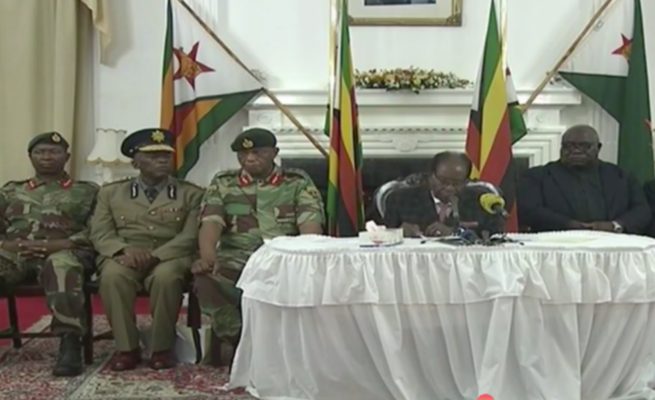 Former Police Commissioner General Augustine Chihuri has won the Supreme Court appeal by the State contesting an order for forfeiture of his properties acquired over his 25 year tenure at the helm of the Police.

The National Prosecuting Authority had appealed against the removal of some of his properties from the unexplained wealth orders, five months ago.

Chihuri, who fled to exile in 2017, resumed control over some of the properties he acquired during his 25 years at the helm of the police force following a High Court judgment in June this year, which ruled partly in his favour.

But other assets and those of his companies fingered in possible corrupt business deals with the police force remained under the unexplained wealth orders. Dissatisfied with the lower court decision, The NPA took the matter up to the Supreme Court challenging the decision.

A three-judge panel comprising Justices Susan Mavangira, George Chiweshe and Joseph Musakwa upheld the decision by Justice Pisirayi Kwenda earlier this year and struck the appeal off the roll citing non compliant and defective grounds of appeal. The High court accepted Chihuri’s explanation on his source of funds generally. He retired after serving the ZRP for 37 years.

Chihuri argued that over the period of employment, he made savings on salaries, bonuses, savings from foreign trips and conditions of service benefits. He said he was a delegate and vice president for Interpol in Africa and was remunerated in US dollars.

The High Court noted that in any event Chihuri acquired all the assets prior to the period during which, the State alleges he became involved in serious crime. The allegation is that he was involved in crime in the year 2017.

He argued that all the properties acquired by him and his wife were bought through income from legitimate business.

He further argued that some of the properties were registered as the property of their children for estate planning purposes.

Justice Kwenda ruled that therefore the State is not justified in insinuating that they are proceeds of crime because they were all acquired prior to the year 2014. Chihuri claims that various documents had been submitted with the application to prove the acquisition; in some cases, disposal; and ownership of the various properties.