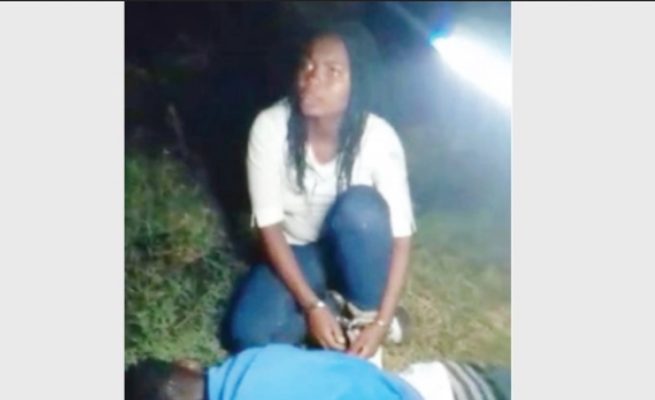 A 16-YEAR-OLD girl from Hatcliffe, Harare, allegedly stabbed her ex-boyfriend to death with a kitchen knife following a misunderstanding during a beer drinking spree at a shebeen.

The incident happened on Wednesday at about 9pm at Jadabvu Consortium, Hatcliffe.

The teenager yesterday appeared before Harare Magistrate Mr Dennis Mangosi facing a charge of murder and was remanded in custody to November 18.

The magistrate ordered the State to take the girl for cross-examination and age verification since she had indicated before the court that she did not have a birth certificate.

He said on November 2 at around 9pm and at Jadabvu Consortium Hatcliffe, Harare, the now deceased Amos Mhere (35) had a misunderstanding with the accused after he had found her with another man.

Mr Dziva said this resulted in an altercation and the girl took a kitchen knife before stabbing Mhere on the left side of the chest and he died on the spot.

A report was made to the police, leading to her arrest.

In a 2-minute 49 seconds video circulating on social media, the girl, who is seen sitting near Mhere’s lifeless body, could be heard narrating what transpired.

“I didn’t want to kill him. I only stabbed him once by mistake. I am not even sure where I stabbed him since I wanted to stab the person who had hit me,” she is heard explaining to people who were recording the video.

She said she was afraid of being attacked again by a group of people who were at the shebeen and that is why she decided to take the knife inside the house for self-defence.

As the girl continues narrating her ordeal and claiming her innocence, the knife is also seen near the body.

People who were at the scene could be heard accusing the girl of intentionally stabbing Mhere.

In a related case, police are investigating a murder case which occurred at a nightclub in Gwanda on Wednesday around midnight when Tanaka Zingoni (19) was stabbed twice in the chest after a misunderstanding with four unknown suspects.

Zingoni was rushed to Gwanda Provincial Hospital where he was pronounced dead on admission.

Police are appealing for information which might assist in arresting the suspects.

In another development, police in Harare are investigating a case of baby dumping in which the body of an approximately day-old infant was found on Wednesday at a dump site at Retreat Supersands near Mugodhi Church.

Police are appealing to anyone with information that might assist with investigations to contact any nearest police station.