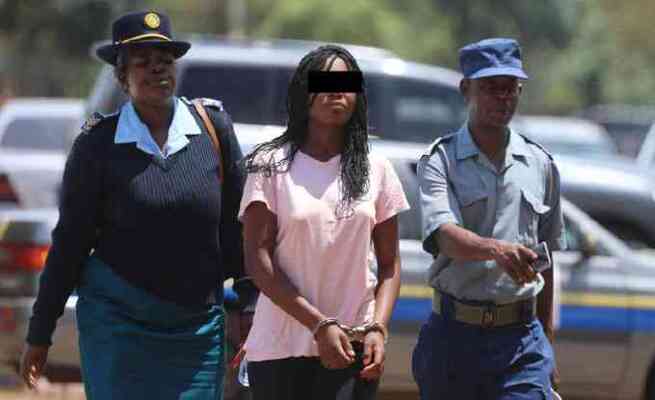 A 16 year old girl has been remanded in custody on allegations of fatally stabbing her 35 year old boyfriend at a shebeen in Hatcliffe, Harare.

The girl who cannot be named for legal reasons appeared before magistrate Dennis Mangosi who remanded her in custody to November 18.

She is being charged with murder.

Allegations are that on November 2 at around 9pm and at Jadabvu Consortium Hatcliffe, Harare, the now deceased Amos Mhere (35) had a misunderstanding with the accused after he had found her with another man.

It is alleged the accused person stabbed the now deceased with a kitchen knife on the left side of the chest.

The state alleges a postmortem is yet to be conducted.

In an unrelated incident, police in Karoi arrested Cephas Banda , lan Murehwa and Langton Mapfura (21) in connection with murder in which a 16 year old juvenile was attacked on near Tambawadya Primary School, Chikangwe after being accused of stealing a cell phone.

The incident took place on October 15.

“The victim died on November 1 on admission at Karoi District Hospital,” police spokesperson Paul Nyathi said in a statement.

The police said that two other unknown suspects are on the run and investigations are underway.