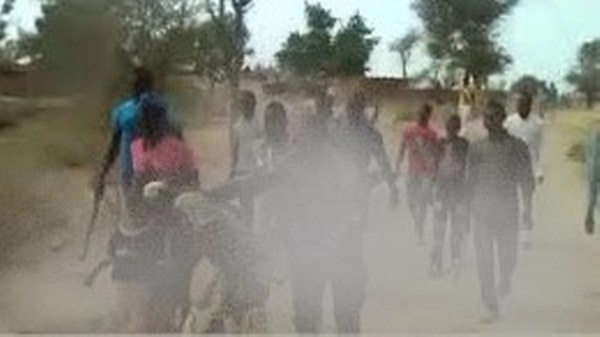 A TEENAGE girl says she was allegedly rap_ed by a sangoma neighbour’s husband while she was training to become a sangoma.

The 14-year-old’s family said they are now living in fear of the suspect, who went on the run after the community burnt down his house on Thursday, 27 October.

The victim’s mum from Evaton in Ekurhuleni told Daily Sun on Friday, 14 October, she was called to school after her daughter fainted.

The girl, who had been staying with her gobela, was taken to hospital and later released after she was treated, they agreed she would sleep at home.

On Monday, 24 October, the gobela told the family the child was struggling to cope with her training because she was rap_ed in the past.

The family took the girl to hospital and it was confirmed she had been rap_ed. The girl told her family the gobela’s husband rap_ed her in an outside shack in September while the gobela was in the house.

She said he threatened to kill her and her family if she told anyone.

The mum said she opened a rap_e case at Evaton Police Station but the investigating officer told her he wasn’t going to make an arrest because the rap_e happened more than a month before.

The mum said she then asked community leaders for assistance. At a community meeting on 27 October, the suspect told residents he was just checking if the girl was a virg!n.

He was beaten but escaped and his house was burnt down. But the gobela said they would pay for what happened and they would die one by one.

Police spokeswoman Sergeant Thembeka Maxambela said no arrest had been made yet but the gobela visited the station on 29 October to open a case of malicious damage to property.