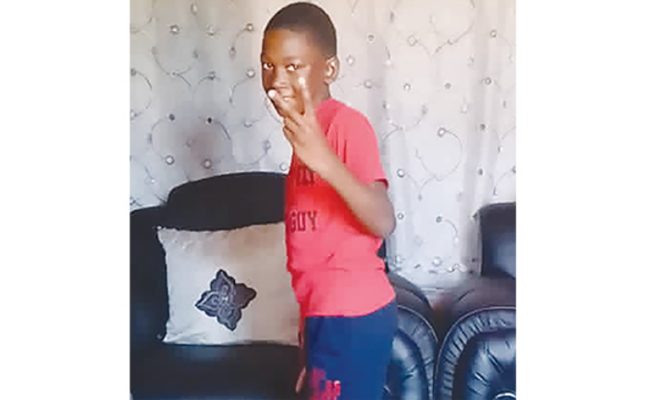 MRS Thobekile Mbiriri is happy and bewildered at the same time; elated that her 11-year-old son Promise Ncube has been found but disturbed that he remembers nothing about where he was, besides attending an unknown church.

Promise went missing on October 17 after he left home to collect sticks to build an abacus for his Continuous Assessment Learning Activity (CALA) assignment.

His mother shared last week that she felt helpless, devastated and distraught following her son going missing for two-and-a-half weeks.

After an appeal by her and the police, Promise was found last Friday and returned to her arms after an agonising two-and-a-half weeks of waiting.

“Promise has been located and re-united with his family. He is physically unharmed and was found in a clean state. He was picked up by a certain man and he was brought to Mzilikazi Police Station. We thank the public for their continued support,” said Asst Inspector Msebele.

Mrs Mbiriri said she was happy and thanked God for bringing her son back. She said what worries her is that Promise only remembers being at a church.

“He says he was with other boys and was always closed up in the church and eating at night. He says on Thursday the boys left with the church congregants and he was left alone.”

Mrs Mbiriri said her son was last seen in khaki shorts and a red t-shirt and he had totally different clothes when found.

“He was in different clothes when he was found from the ones he was wearing when he went missing.

He says it was cold and the people at the church gave him other clothes. He also says in the two weeks, they would bath at night,” she said.

Mrs Mbiriri said her son seems not to remember what happened on the day he disappeared.

“He says that he doesn’t know anything. He only remembers that he was collecting sticks for his abacus outside our home and then the next thing he was in church. He doesn’t know how he got there,” said Mrs Mbiriri.

Last year, police said as of 2020, a total of 450 people had been reported missing and more than 300 were found alive and about 130 people yet to be accounted for. Using these figures, it means nearly 40 people go missing every month.

Those found include accident victims whose bodies are only identified at the morgues months after the calamities, individuals who would have wandered to some unknown places and young girls who would have eloped.

In 2020, a 16-year-old Prince Sibanda went missing in Bulawayo’s Sunninghill suburb.
What was bizarre about his disappearance was that Prince ran ahead of his mother, Ms Sinothando Ncube, up the slope of a road and when his mother got to the top, there was no sign of him.

Ms Ncube reported the matter to the police and a search was conducted but they could not find him. She said a month later an unidentified man brought Prince in the dead of the night to their home in Lock View suburb.

She said the man who brought Prince left early the following morning and they have never seen him again.

Ms Ncube said Prince told her that on the day he disappeared he hid from her when he got down the slope.

She said they later established that he was living on the streets around the Railways area. Ms Ncube said Prince had gone back to school and everything was back to normal.