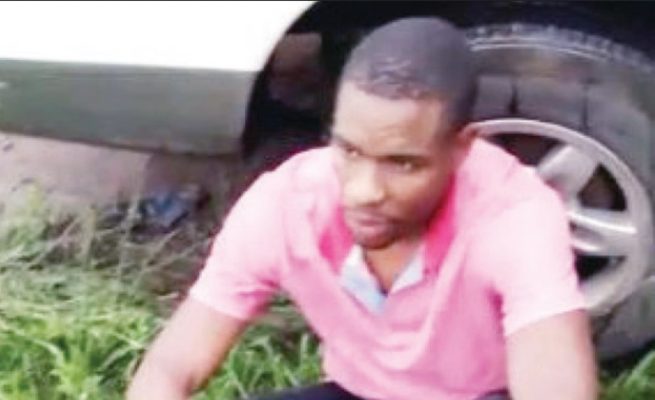 THE South Africa-based man who was shamed and bashed for reportedly proposing to a married woman says he didn’t commit a crime which deserved such a thorough bashing.

Tatenda Muchena is currently recuperating in hospital after sustaining kidney injuries from the savage attack.

He has since reported the attack to the police.

Tatenda said he was bashed by one Tanyaradzwa, who was in the company of his friends.

His wife has also thrown her weight behind him and blamed the woman for trying to portray her innocence when the issue was about to be exposed.

“She is a runner since she sells clothes, so I had no phone on the day I first met her, and she took my number,” said Tatenda.

“She later sent me a WhatsApp message and I did not date her.

“I only met her twice. I don’t know why she told her husband that I love her or I was proposing to her.

“Her husband then came to my house with his friends on Tuesday and they were very violent. They manhandled me and forced me into their car.

“The other two held me down and I was taken to a secluded place where they savaged me.”

He added: “After they noticed that they had injured me, they drove me back to my house.

“I then called an ambulance, which took me to hospital.

“Doctors confirmed that my kidneys were injured and had blood on them.

“These guys wanted money from me and, as someone who was under duress, I agreed that I will give them the money.

Tatenda’s wife, Tawananyasha, is pained by what happened to her husband.

“They came to ask for forgiveness. They beat him for no apparent reason because if she knew she is married why did she tolerate a married man?

“My husband inquired about a dress since she is a runner, so they ended up talking, then mukadzi ndopaakazonzi ko iwe why uchiramba uchitaura nemurume uyu before they came to take Tatenda and bashed him.”

Added Tawananyasha: “Please, there was no issue vakakuwadzira munhu mahara.

“If she is a smart woman, why did she not say it to her husband that there is someone proposing to her? There is someone who told me about her talking to my husband, so she then confirmed that they were talking.

“Tatenda is in a serious condition. He was injured. If he cheated with their wife, why did they ask for money.

“It means they are thieves, now they are saying sorry, for what?”