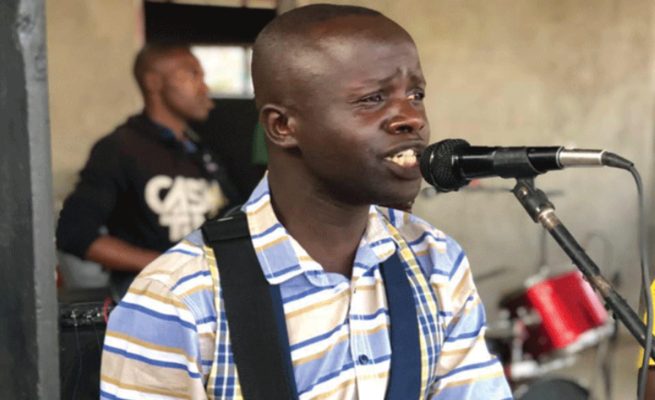 The sungura artist reckons some of his peers tend to invite trouble as they are found everywhere.

The Njanja Express leader opened up as he celebrated eight years in the game as a professional artist. A number of festivities, starting this weekend, will take place.

However, it is Ngwazi’s philosophy and resilience in life, which he shared with H-Metro, which is set to inspire other artists, and his followers.

He conceded he was also surprised by his own ascendancy to the elite league of stars.

Ngwazi says the challenge for him was to maintain the golden touch, humility and focus.

The 34-year-old, who is enjoying rave reviews with his recent releases, said he has always kept faith in his mission.

“I didn’t get it on a silver platter and it still resembles a miracle that I am where I am today,” said the singer, who was raised in the Njanja area.

“Growing in the rural areas, life was never easy but we found comfort in playing homemade guitars.

“In my case, I was just following my passion until I became a professional artist in 2015, when I released my first album, Zvandigumbura.

“We were never taken seriously in the studio because we were nonentities but, after my breakthrough, producers are now jostling to sign me at their studios.”

Now that he has made a breakthrough in music, Ngwazi has vowed to remain humble.

“I have noticed that there are so many changes for me.

“As a role model, I am now required to handle fame and avoid being reckless.

“I can’t afford to be foolish or be found doing some bad things since I am now a public figure.

“I’m just humbled by the fact that all this has happened in a short space of eight years.

“Some of the artists take up to 20 years before making a breakthrough and, in my case, I see the grace of the Lord in all this.”

Ngwazi also conceded that he was not spared from the temptation of loose women, who literally threw themselves at him.

However, Ngwazi has a better way of dealing with these women. “I have devised a plan to deal with this issue of women by keeping myself busy.

“From Friday to Sunday, I will be doing shows and, in-between, I will be in the studio or at home with my family.

“I don’t go everywhere because I am afraid I might end up inviting trouble, especially loose women,” he said.

“By the way, I have a lot of respect for women because they woo fans to my shows.

“As a way of respecting them, I take them as my sisters.

“I don’t have problems with them because they are the ones who bring food to my table.”

As he marks eight years as a professional, Ngwazi is still hungry for more.

“Currently, I have 15 band members that I pay, which translates into 15 households.

“If all goes according to plan, I would like to employ 30 people and make sure that my brand grows.

“I also want to empower others because I was also helped along the way to be where I am today.”

“I recorded my first album, titled Zvandigumbra in 2015, which was followed by Gudo Muriwo in 2017.

“When I recorded all these albums, I never thought people would embrace me to be honest.

“It’s only now that I see the hand of the Lord and I am glad that God has remembered me in a big way,” he said.

Ngwazi said the eighth anniversary will not go unnoticed.

“From now, till the end-of -year, we will be celebrating this milestone during our shows.

“On Friday, we are launching the celebrations at LongCheng and Highfield on Saturday.

“We have lined up other shows countrywide and we are ready to celebrate with fans,” he said.