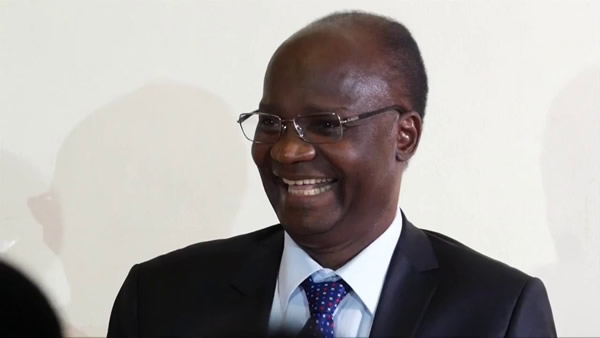 Zimbabwe’s ruling Zanu PF has accepted an apology by exiled former Cabinet Ministers Jonathan Moyo and Patrick Zhuwao, saying the two are welcome back to the ‘big tent’.

According to the national news agency, NewZiana, Zanu PF spokesperson Christopher Mutsvangwa said the apology was a “most welcome development”.

Mutsvangwa was quoted as saying, “This is the most welcome development. I salute the courage and candour coming from the two as penned in their joint letter. This is an endorsement of the sincere and visionary policies and programs espoused by President ED Mnangagwa, our ZANU PF Party leader.

“His message and conduct is coming across as he strives to unify the nation and reaches out to the wider world. We say the more the merrier in the all-embracing tent of ZANU PF, the mass party of the Zimbabwe Revolution. All Zimbabweans are equal in their varied capacities and talents. Better we join all our minds and hands in the noble task of building a new Zimbabwe.”

In a public letter on Tuesday, Moyo and Zhuwao apologised for their unruly behavior and for supporting the opposition after they fled from marauding state security agents in 2017 together with former Local Government and Youth Minister Saviour Kasukuwere.

The two denied that they wanted to join the opposition parties led by Nelson Chamisa.

The three were the kingpins of the Generation 40 faction of the ruling party, which opposed the elevation of President Emmerson Mnangagwa to replace former President Robert Mugabe.