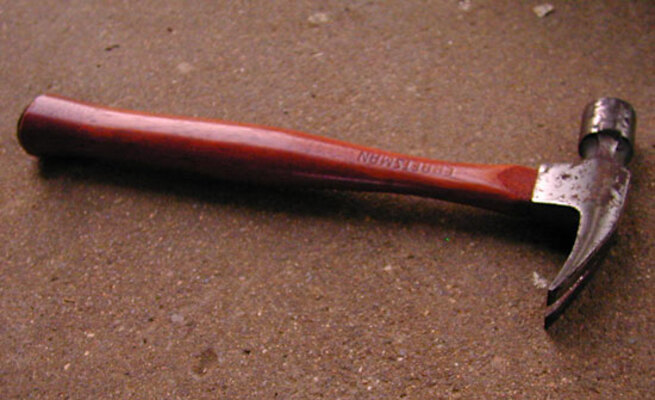 A 36-YEAR-OLD man from Pumula South suburb in Bulawayo has been arrested for allegedly hitting his wife with a hammer after confronting him over his girlfriend.

Qiniselani Oskar Khoza appeared before Western Commonage magistrate Shepherd Mnjanja facing a charge of physical abuse as defined in Section 3 (1) (a) as read with Section 4 (1) of the Domestic Violence Act Chapter 5:16.

Khoza pleaded guilty to the charge and was remanded out of custody to 18 November 2022 for sentencing.

The court heard that on 3 November 2022 and at around 11pm Sibongile Sibanda (38) received a WhatsApp audio from Khoza’s girlfriend who was calling her names.

She insulted Sibanda and also told her that she was now an old woman who was no longer bearing children.

After that Sibanda then confronted her husband about his girlfriend who had sent her a message while insulting her.

That didn’t go down well with her husband who started strangling and went on to hit her with a hammer on her left palm leading to her sustaining serious injuries.

Sibanda reported the matter to the police leading to the arrest of Khoza.