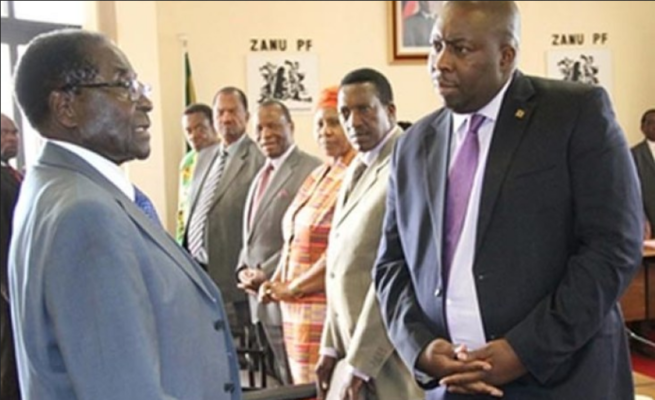 SELF-EXILED former minister Saviour Kasukuwere has accused the ruling Zanu PF party of failing to abide by its constitution in elevating President Emmerson Mnangagwa as its leader following the ousting of the late former leader Robert Mugabe.

Speaking at a discussion on the fifth anniversary of Mugabe’s ouster held under the topic, Back to the Future: A Review of the Post-November 2017 Coup in Zimbabwe which was hosted by Sapes Trust last Thursday, Kasukuwere accused Mnangagwa of inheriting Mugabe’s traits of consolidating power around himself.

He also claimed that Mnangagwa was Mugabe’s preferred successor but was pressured by power-hungry allies to stage a coup in November 2017.

“Those colleagues were looking at the watch and wanted to taste power. Their ages were advancing and some were turning 79, others 80. If we had discussed this at the party we would not have been where we are now,” Kasukuwere said.

“The appointment of Mnangagwa as then Vice-President was an indication that Mugabe wanted him to come in. This was a discussion he had with us to say: ‘Let Mnangagwa come in and we can move forward.’ But Zanu PF being Zanu PF there was a secretive way of doing things which created problems for us up to this day.”

Mugabe, who had ruled Zimbabwe since 1980 and overseen its descent into economic ruin, watched as a bitter rivalry developed between his wife Grace and Mnangagwa which precipitated his ousting by military chiefs.

Grace had hoped to take over as president and had the backing of a Zanu PF faction known as G40 while the army was backing Mnangagwa.

Kasukuwere said Mnangagwa had succumbed to pressure from power-hungry allies, adding that Mugabe had sensed his growing “disloyalty,” and fired him as vice-president and purged him from the party on November 6, 2017.

The dismissal enraged Mnangagwa, who had served the liberation movement since his youth and for which he was nearly executed after he was caught bombing a train as a young militant.

“When Mugabe developed doubts about Mnangagwa’s loyalty, that is when Mnangagwa failed to control his faction members. That led to the unconstitutional events of removal of President Mugabe,” Kasukuwere told NewsDay yesterday.

Mugabe was regarded as one of the great survivors of international politics, but Kasukuwere admits that he overstayed while insisting that deep-rooted factionalism in the party forced the aging leader to defer his plan to step down early.

“After the 2002 elections and thereafter, Mugabe intended to step down, but factors took place that meant he remained in office until 2008 when we had that humiliation with the MDC and he stayed up to 2013 when he won. We thought after winning the election in 2013 he would put in place processes for a much more stable succession programme.

“In 2017, he told me as his political commissar that he was stepping down. We were in Mexico attending a conference and we talked for about seven hours. Still, it was too late because of the dynamics of the politics at that time,” Kasukuwere said.

Kasukuwere is conspicuously absent as two of his G40 colleagues, Jonathan Moyo and Patrick Zhuwao try to manouvre their way back into the ruling party.

Last week, the two former ministers made a public apology for being involved in the opposition Citizens Coalition for Change (CCC) party politics.

Speaking at the same dialogue, CCC vice-president Tendai Biti said there was need for Zimbabweans to converge for a democratic breakthrough from “Zanu PF capture.”

“I want to agree with those who say we need a new consensus, we need a new social contract, we need new levers of interaction and intervention. (Zimbabwe is) a broken society,” Biti said.