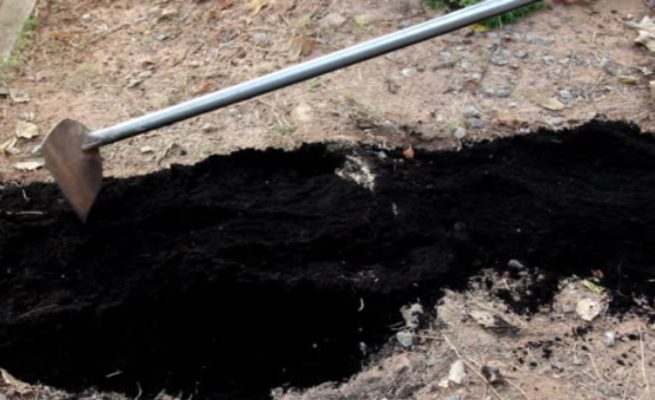 Police have arrested a Sanyati couple for brutally murdering a nine-month-old infant from the wife’s previous relationship by drowning her in a bucket of water and burying her remains in a shallow grave.

Pelagia Jakaza, 19, the mother of the baby, plotted with her husband Bonface Mberegwa, 23, to exterminate the child born from Jakaza’s previous relationship.

In a weekend statement, police said the couple committed the heinous act on November 9 this year.

On 19/11/22, ZRP Sanyati acted on a tip-off and arrested Pelagia Jakaza (19) and her husband, Bonface Mberengwa (23), for a case of murder in which they allegedly conspired to kill Pelagia Jakaza’s nine-month-old child sired from a previous relationship by drowning the victim in a bucket of water, on 09/11/22.

“The two buried the remains in a shallow grave on an anthill at Mapfuti Village, Sanyati. Police recovered the bucket used in drowning the victim and exhumed the body. #notocrime,” police said.

The criminal came to light at a time Zimbabwe joins the rest of the world in commemorating World Children’s Day, which is observed annually on November 20.

The World Children’s Day campaign aims to increase international cooperation and awareness among children, as well as to improve their well-being.

Cases of child abuse are now common in the country, with two minors, aged nine and eight, from Tsholotsho and Bindura, respectively, recently rap_ed ad impreg_nated.

Civil societies and child rights groups have urged the government to roll out a national programme that advocates for children’s rights, security and protection.

No one has a goblin at work: Drama at CVR as senior bosses resist promotion

SO SAD: Boy hangs self, leaves a note for his mother after a schoolmate accused him of rape

No one has a goblin at work: Drama at CVR as...