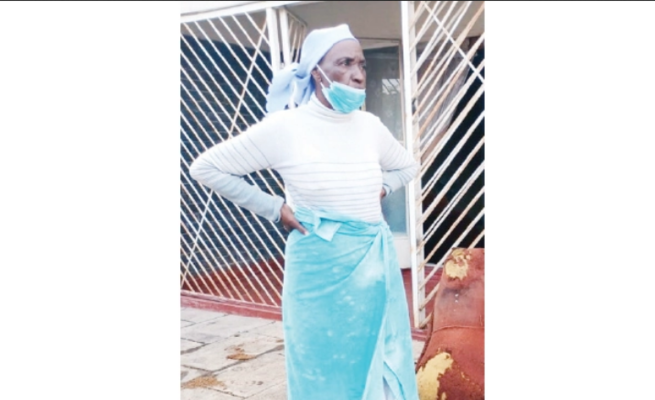 The Zengeza House of Horror story, of a woman who kept her husband’s corpse for many days, has sent tongues wagging with many people giving different theories and conspiracies.

The incident was exposed by a carpenter, who was hired by Gogo Mashasha, who is reported to have been alerted by the smell of a decomposing corpse.

After the search, a 39-year-old man, Grant was exposed while hiding in the ceiling of the house.

This has prompted some to conclude that Gogo Mashasha was using juju.

Others are claiming she was trying to conceal the crimes of her son, Grant who reportedly murdered his brother, some time back.

The other section is arguing that, the woman lied to her husband that Grant had gone outside the country.

The husband was paralysed in 1992 and had been using a wheelchair until he died, possibly last Thursday.

It is being reported that she made sure Grant stayed in the ceiling, as a way to avoid his father, who had enquired about his whereabouts.

He would reportedly come down to eat and do other activities.

Others claim everything exploded when Grant’s father met him in the passage leading to disturbances which led to the old man’s death.

The last funeral at the house, neighbours claim, was attended by only six people.

Still, there are more questions than answers.

And, social media, as it usually does, has provided many with a platform to air their views about this disturbing case.

Here are some of the contributions from Zimbabweans:

Why have they handcuffed Grant the son? What crimes if any has he committed? He looks quite vulnerable as such requires a more holistic approach than this, that’s a bit aggressive on the police part. In situations like these the A & E response team should have been called when he was found in the ceiling and taken into hospital for assessment and observation! He needs help from the healthcare system not zvavamuita izvo. – Nissey Much.