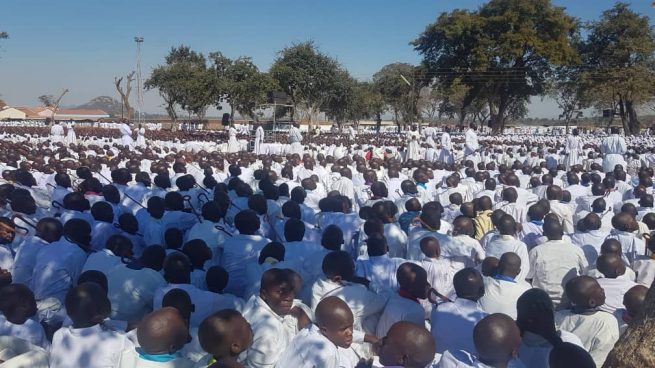 A WIFE has accused her husband of forcing her to join his Johane Marange church.

She accused him of assaulting her for refusing to join his church.

The protection order was granted.

She said Garikayi always threatens to burn down their matrimonial home.

“My husband assaulted me because he wants me to join his church.

“He wants to evict me from our home in the rural areas and has also threatened to burn down my house,” she said.

In response, Garikayi denied the accusations.

He stated that he married Eustina 23 years ago and she had been subjecting him to emotional abuse all along.

He also revealed to the court that Eustina married off their 15-year-old daughter.

“She married off my daughter who is supposed to be in Form 2.

“She turned my children against me, and I no longer have any say when it comes to them.

“One time she tried to cut off my private parts, alleging that I was not faithful to her,” he said.