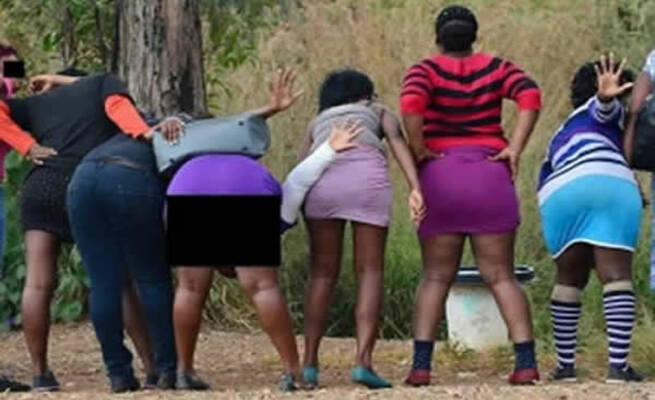 The revelations follow another study by the National Aids Council (Nac), Health and Child Care ministry and Zimbabwe Civil Liberties and Drug Network, which stated that Harare is the biggest red-light district with a high rate of s_əx workers at 36,07%.

Indications by the Zimbabwe National Statistics Agency are that women constitute the biggest number of unemployed people in the country at 59,6%.

Most women are now resorting to s_əx work to make ends meet.

“HIV prevalence is high among s_əx workers in Zimbabwe, and it’s estimated at 57% and it rises with age. One of the studies that we have done demonstrated that HIV prevalence can be about 2% among 16-year-olds, and rises steeply to 22% among 19-year-olds, which is an indication of high incidence which is estimated to be ranging from 4% to 10%, which is rather five times more than in the general population,” Chabata said.

As a result, Chabata added that CeSHHAR has begun an education campaign, meant to enlighten s_əx workers on pre-exposure prophylaxis (PrEP), and other means to help prevent HIV infections.

“We have started a programme that focuses on s_əx workers. We have people going around giving out the message of PrEP and other means. We conduct community mobilisation meetings and night outreaches.”

Chabata called for HIV targeted interventions, to help reduce the prevalence of HIV in the hotspot areas.

Data from the Joint United Nations Programme on HIV/Aids shows that around 5 500 young women aged between 15 and 24 globally, are being infected with HIV weekly.

SO SAD: Woman in trouble for refusing to join Johane Marange...