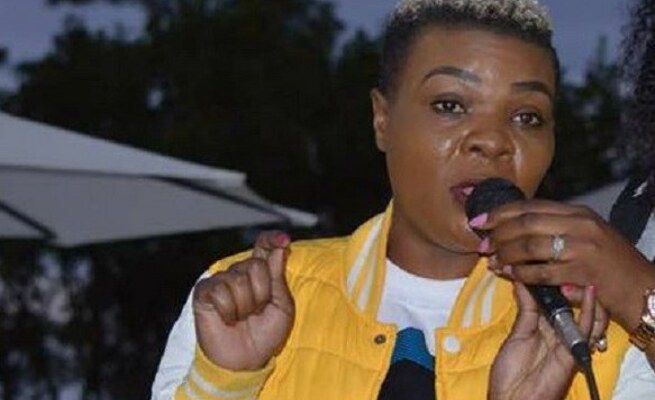 Even by your low standards Mai TT.

If she thought this was a joke, then shame on her.

The comedienne, who has a string of failed marriages, decided to make a joke out of Grant Mashasha, the man police say is mentally ill.

The 39-year-old is the son of Chitungwiza woman, Gogo Plaxedes Mashasha, who stayed with the corpse of her husband, for some days.

Mashasha was found hiding in the ceiling of their home.

He is believed to have been staying in the ceiling for 14 years.

Mai TT, whose last marriage to Tinashe Maphosa lasted just five months, decided to use Grant’s name as part of her comedy.

She suggested that he could be the perfect man for her as she used him to take another dig at Tinashe.

Unlike Tinashe Maphosa, who left Mai TT in debt, she believes Grant will give her a fresh start in relationships.

“Tell him to wait for my return,” she said.

She signed off the message referring to herself as “Mrs Ceiling”.

All this could have been funny if Grant was not a victim, who appears to have been driven to his current state by the sins of his mother.

Especially against a background where the police have even classified him as a mental patient.

National police spokesperson, Assistant Commissioner Paul Nyathi, provided that reference when he revealed what might have happened at the Zengeza House of Horror.

“She (Gogo Mashasha) was going for a church service in Zengeza 2. The husband was paralysed and bed-ridden.

“He suffered a stroke sometime in 1992 and the condition worsened in 2010 and he became paralysed. When the wife returned home on the same day, she found her doors locked from inside. She claimed to have slept outside and later decided to break down the door on November 21 at around 8am.

“She could not locate her mentally ill son Grant and lodged a police report.

“Police attended the scene and after searching the house, they found the mentally ill son in the ceiling.

“They had to break the roof and ceiling in order to retrieve the MENTALLY ILL son,” said Asst Comm Nyathi.

Yesterday, Mai TT felt he was someone she could build her comic empire on.