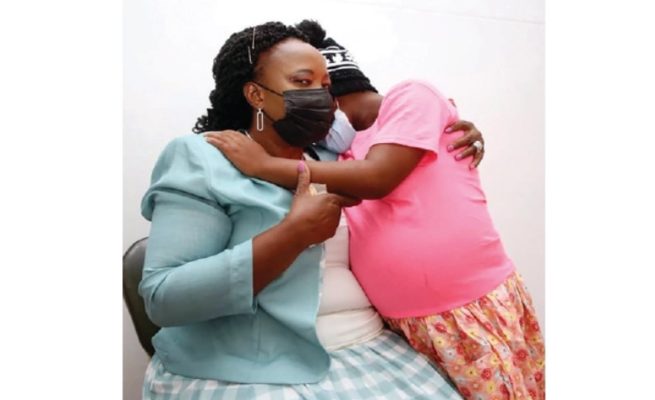 Deoxyribonucleic acid tests (DNA) that were conducted to determine the paternity of the child born by the nine-year-old Tsholotsho minor have established that the father of the child is the girl’s 13-year-old cousin.

This was revealed by the Zimbabwe Republic Police in a statement this Saturday.

“The Zimbabwe Republic Police confirms that the Deoxyribonucleic Acid (DNA) results obtained from National University of Science and Technology on 25 November 2022, in connection with the paternity of the 9-year-old girl’s child have established that the victim’s cousin brother (13) is the father of the child,” reads the statement.

The police said the two will be counselled by the police’s Victim Friendly Unit.

“The nine-year-old complainant and the suspect will now receive the appropriate counseling from the Police’s Victim Friendly Unit (VFU). The Police is now working with other relevant arms of the government to ensure that the due processes of the law are followed,” reads the statement.

The father to the nine year-old was taken into police custody on 29 August when it was discovered that the minor was preg_nant. However, following the minor’s failure to divulge the name of the person who rap_ed her, the State resorted to using DNA tests to see if the accused was indeed the father of the baby that was born a few weeks ago.

The National University of Science and Technology (NUST) Applied Genetic Testing Center offered to do the testing for free as part of giving back to the society.