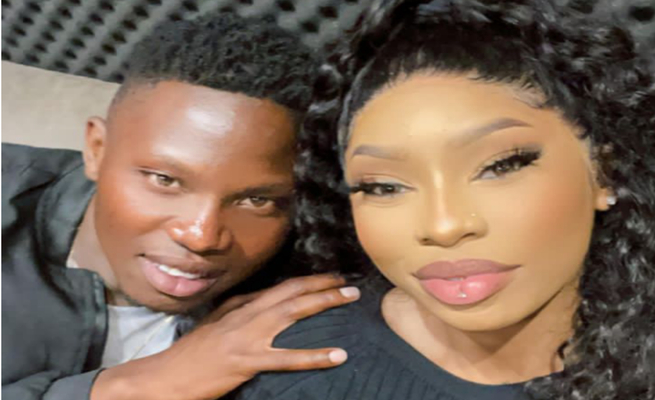 Fellow music producer DJ Fantan wrote on his Facebook page yesterday that he had failed to get in touch with Levels after nud_e pictures of the Chillspot producer and a s_əx tape with Shashl, real name Ashleigh and daughter to former health minister, Obadiah Moyo.

“Levels, all efforts to get in touch with you have failed. But please never forget how far you have come and all the times you have pushed on even when you felt like you couldn’t. Getting knocked down in life is a given but there are a lot of people who need you and are waiting to hear your side of the story. Maziviro andokuita hangu ini, I know u are strong and you are clean like Jesus police record,” Fantan wrote.

Levels took to his Instagram page to apologise to his followers claiming that his phone was stolen at Pablos and they leaked the videos.

“I would like to apologize to my fans, family, my bosses nemi mese vanyarikani. Please forgive me. Maoneswa zvinhu zvakadai I’m very sorry I’m not going to blame anyone but myself. Thanks God zvabva zvatopera hachisisina chimwe chakapfuura zvavaita. I promise you never see such again I’m sorry. My Samsung s21 was stolen from Pabloz nezuro after a small fight so these were in phone but I’m sure they are done now. I’m sorry,” he said.

The video and pictures have gone viral on social media and were trending on Twitter.