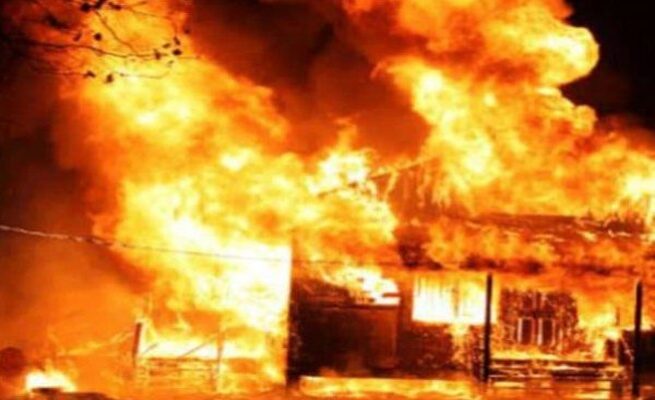 A POLICE officer at Chinhoyi camp residences in Orange Grove suburb is counting losses after a fire razed to ashes household property worth thousands of dollar, Saturday morning.

Sources who spoke to NewZimbabwe told conflicting versions the blaze could have been caused by either an electric iron left unattended or a laptop, whose faulty battery blew up.

Tragedy reportedly struck around 10am Saturday when both owners of the house, a married couple, were at church while a juvenile was home alone.

Fellow police officers rushed to the scene and salvaged a few belongings such as lounge sets, but most household property in bedrooms, including beds, chairs and wardrobes, were reduced to debris.

“According to our preliminary investigations as first responders, the blaze could have started in one of the bedrooms as evidenced by the extensive damage to household property, walls, shattered windows and collapsed roof.

“I suspect the cause as an iron left on, which burnt a blanket or cloth before the fire spread to the rest of the room, and eventually engulfed the whole house,” said a neighbouring officer, who requested anonymity as they are not authorised to speak to the media.

The fire tender made at least three trips to the nearest hydrant to replenish water as the raging fire spread to other parts of the semi-detached house.

Efforts to get comment from Mashonaland West police spokesperson, Inspector Margaret Chitove were fruitless at the time of publication.