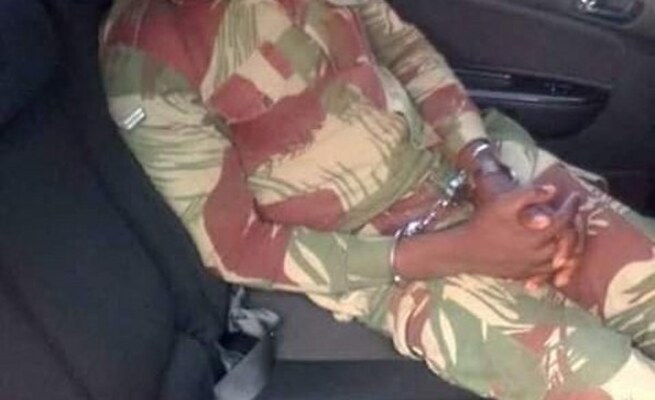 A soldier from the Military Intelligence Department who allegedly took bribes at a roadblock at Bubi along Masvingo- Beitbridge Highway was arrested by Police last Saturday and is now facing bribery charges.

Parangeta Garikai (43) of Goromondo Village under Chief Katerere in Nyanga was nabbed after taking ZAR900 from Zipho Dube, a conductor with Mzansi Express Bus Service which plies across the border to South Africa. Further amounts were allegedly found on him and these have become exhibits in court.

Garikai appeared before Beitbridge Resident Magistrate Takudzwa Gwazemba on the same day that he was arrested and was remanded in custody.

The State is represented by a Police Inspector Sarireni who resides at ZRP Old Hatfield Camp compound in Harare.

It is the State case that on November 26, 2022, Garikai approached Mzanzi Express Bus and demanded money from Dube who handed over ZAR900 to him. He then placed the money in his right front pocket in full view of an anti-corruption team that was at the roadblock.

The anti-corruption team apprehended Dube who became a witness and he led the team to Garikai. The accused resisted arrest and searches before taking the money from his pocket and giving it to his counterpart who ran away.

The accused further took some money from his back pocket which he threw on the ground and it was recovered as exhibit.