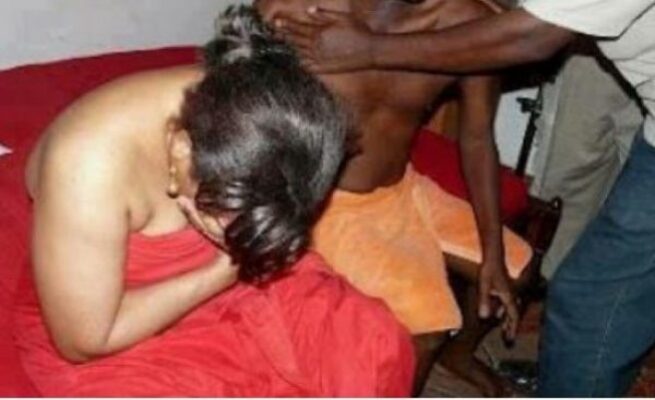 SANGOMA Vuyokazi Mbisa (40) left her husband alone at home and went to thwasa – but he allegedly used the opportunity to bring a nyatsi into their bedroom.

But what he didn’t know is that sangoma Vuyokazi’s ancestors showed her everything about his nyatsi.

Sangoma Vuyokazi from Ramaphosa squatter camp in Philippi said in one of her visions she saw her husband drinking wine in her dining room with a light skinned young woman.

“I told my now ex-husband that he was cheating with a young woman and I even told him her name but he denied it. He said I was just jealous. I told him my ancestors don’t lie but he insisted that I was imagining things.”

Vuyokazi later caught the husband with the woman sitting in her shack drinking wine. She realised she was the one she saw in her dreams.

“That’s when I ended things with him. How on earth can someone bring a nyatsi into my house while I’m busy with ukuthwasa? The disrespect was not only directed at me but at my ancestors as well,” she said.

The husband had also allegedly sold a piece of their yard to someone who erected a shack on it.

Mbisa said she broke up with him early in 2021. The phone number of the ex-husband given to Daily Sun doesn’t work.