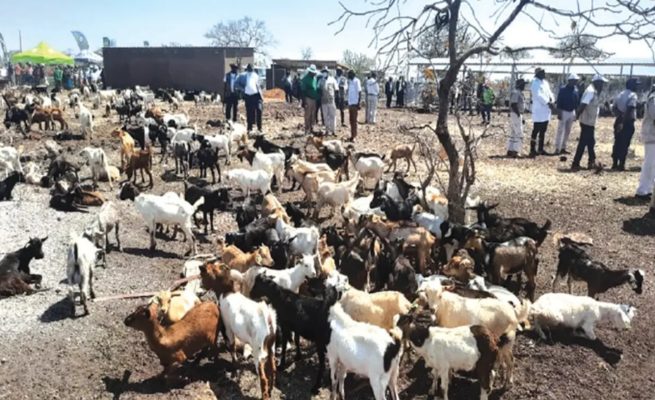 A TOP cop has been suspended for the unprocedural issuance of official documents to thieves, who used them to steal and transport goats, from Kariba to Harare.

The officer-in-charge of Siyakobvu Police Station, Chief Inspector Bhosha, was suspended by Commissioner General of Police, Godwin Matanga, as part of a crackdown on corrupt officers.

“Commissioner General of Police Godwin Matanga has suspended the officer-in-charge of Siyakobvu Police Station in connection with clearing of goats believed to have been stolen,” said Ass Comm Nyathi.

“He is also facing criminal charges for the same case.

“Police will not spare anyone, including police officers, who engage in criminal activities.”

The 98 goats stolen from Siyakobvu were recovered in Waterfalls last month.

All the stolen goats had official documentation from police and the veterinary department, which cleared their transportation to Harare.

Munashe Charamba (20), Temba Murwira (30), Franklin Chiramba (36) and Liminus Zhou (38) were arrested in connection with the theft.