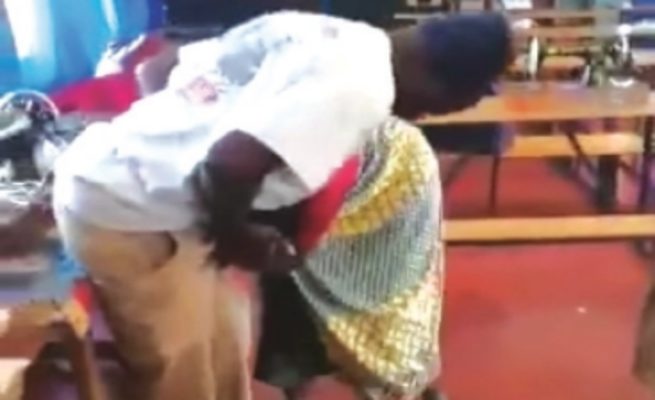 A 70-YEAR-OLD man from Bulawayo’s Njube suburb, in a drunken stupor grabbed his wife by her neck before choking and bashing her for asking their son why he was not going for his extra-lessons.

Never Chaponda arrived at his family home at around 5.30pm on Saturday last week and found his wife Auxilia Chaponda (60) sitting with their son in the living room.

After a few minutes Auxilia asked their son why he was not going for his Mathematics extra-lessons and that question sparked an argument between the couple.

In a fit of rage, the court heard, Never grabbed his wife by her neck and throttled her before bashing her while accusing her of disrespecting him.

Never, mercilessly bashed his wife and left her with a swollen face and mouth, prompting her to file a physical abuse charge against him.

He pleaded guilty and was remanded out of custody to 12 December 2022 for sentencing.