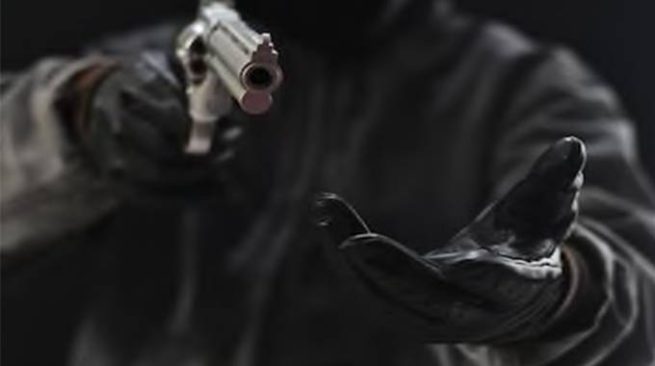 A couple from Riverside suburb in Gweru, Midlands province was robbed of US$170 and four cellphones at gun point by six suspected armed robbers who blocked their car while on their way home.

A source close to the incident said when the couple reached a roundabout along Simon Mazorodze Street heading towards their home at around 11.30pm last week on Sunday, six armed robbers blocked their car before smashing windows.

“They were armed with a pistol and an iron bar. As soon as they blocked the car the heartless robbers smashed the passenger’s side window and that of the driver and pointed the pistol at the hapless couple before pulling them out of their car and led them into the dark where they ordered them to lie on the ground,” said the source.

The source added: “They ordered them not to scream but the woman screamed. One of the robbers hit her with a pistol on the face while threatening to shoot her. Two of the robbers searched the car and took US$170 and four cellphones and fled.”

The couple woke up after about 30 minutes and reported the incident to the police and the robbers have not yet been arrested.

Efforts to get a comment from Midlands police spokesperson Inspector Emanuel Mahoko were fruitless.