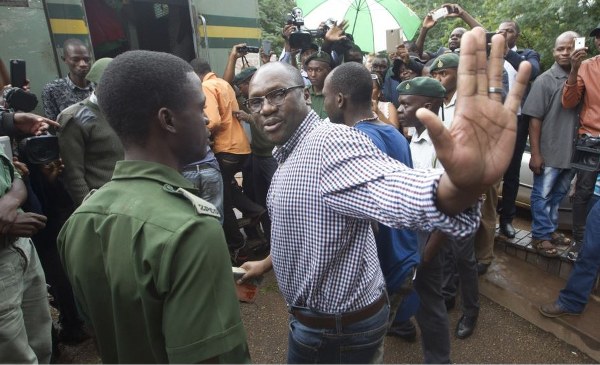 The High Court has cleared cleric and #ThisFlag campaign leader Evan Mawarire of charges of attempting to overthrow the then president Robert Mugabe-led government. High Court judge Priscillah Chigumba yesterday acquitted Mawarire on both the main charge and the alternative charge of incitement to commit public violence.

“There is no evidence that he (Mawarire) urged a violent removal of government,” Chigumba ruled. She said that in the videos that the State relied upon, Mawarire always spoke about peaceful demonstrations as opposed to the claims by prosecutors that he demanded people to act in a violent manner.

“I am saddened that this is what we have to go through for freedoms and rights in our nation. One hopes that as our country changes and begins to move forward that things like this should never ever be allowed to happen to the citizens of this nation.”

The protests shut down most businesses, government offices, schools and hospitals in the biggest act of public defiance against ousted 93-year-old Mugabe in a decade. The protest annoyed Mugabe amid escalating economic and political crises in the Southern African nation, with the nonagenarian alleging the protests were sponsored by foreign states.

Mawarire was arrested in February after spending six months in self-imposed exile, mostly in the United States. He was subsequently charged with attempting to subvert Mugabe’s constitutionally-elected government, public violence and insulting the national flag. He has all along been out on $300 bail. He was represented by Harrison Nkomo.