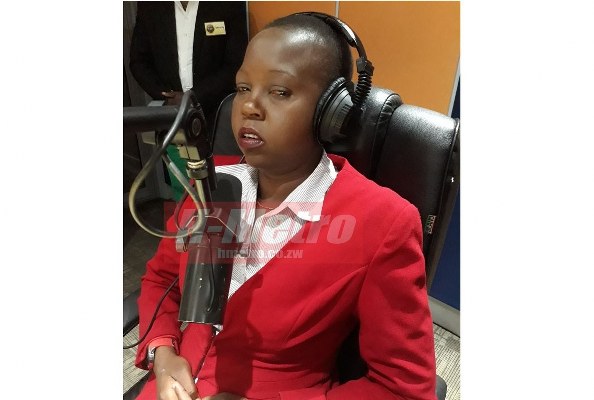 A SELF-CONFESSED les bian visual artist has clashed with her father after she brought home 2 ‘girlfriends’ for oral se x sessions claiming she is also male.

Vaida Mutusva, 27, disclosed how she would lure several women including women soccer footballers and dancers for se x at her father Leonard Mutusva, 79’s Glen View house during Tilder Live Show on Tuesday.

Being the last born in a family of 12, Vaida disclosed that she renamed herself as Tinotenda Mujuru in a way to have a semi-se x name since she played the role of a husband to all her victims.

“It started after I attended a party in Mt Pleasant where my friend introduced me to other ladies who are les bians,” said Vaida.

“They gave me a drink and from that day I would experience dreams where I would meet various women giving me their contact numbers.

“Most of the women I dreamt of are into stripping and I ended up meeting these ladies in night clubs (names given) and some are women soccer players.

“I was later introduced to les bian sponsors who give money to spend to those who are not employed to lure various women in pubs.

“The sponsors advised us to join various churches where we lure girls, single ladies and married women.

“My father was after turning away my ladies I took home for se x that is when I openly told him that I am also a male like him,” said Vaida.

Vaida claims that she is a vi rgin and was against any man who proposed to her saying feelings for men are beginning to get into her veins after visiting Prophet Tapiwa Freddy of Goodness and Mercy Ministries where she is receiving prayers.

Mutusva confirmed during the radio interview that Vaida was bringing various women to his house before confronting her.

“I wept after discovering that my daughter was doing such an evil act with various women she brought home,” said Mutusva.

“She challenged me after I confronted her over such an act and she openly told me that she was the same as a man and would never fall pre gnant for dating women.

“Her mother died and we are the only people at our house as other children are married,” said Mutusva.