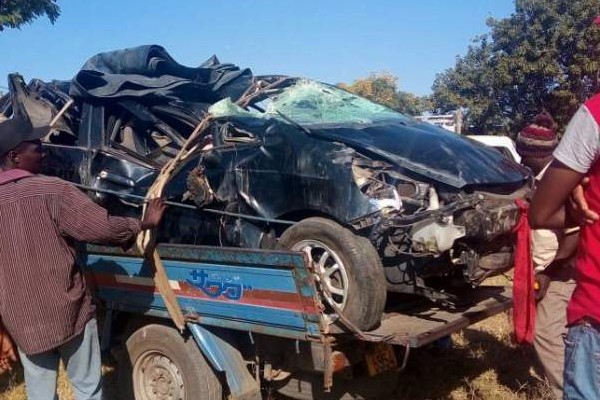 Reports suggest that a driver of a Honda Fit from Marondera attempted to overtake another vehicle, resulting in a head-on collision with another Honda Fit carrying school children.

The two cars that collided head-on in Marondera this afternoon.

When The Herald news crew arrived at the scene, one of the vehicles was being towed away while officers from the police traffic section were attending to the scene.

The injured were ferried to Marondera hospital while the deceased were taken to the same hospital’s mortuary.