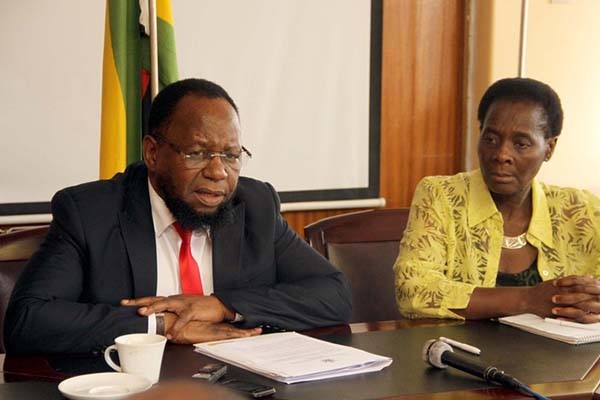 Former Primary and Education minister Lazarus Dokora has said he gave it his best despite public distrust while his predecessor Paul Mavima believes Dokora was “hugely misunderstood.”

Dokora along with Christopher Mutsvangwa and Clever Nyathi had made it into Cabinet last week only for their appointments to be rescinded two days later.

President Emmerson Mnangagwa quickly moved to drop them from his Cabinet upon realising that he had overlooked the number of non-constituency legislators he could appoint to be ministers.

Had Dokora not been chopped, it would have been a continuation of his tenure which begun in 2013.

“It was about the number of non-constituency members,” said Dokora, before defending his position on the new curriculum insisting “there were cabinet decisions” which he was only a figure head in their implementation.

Dokora had previously told the Daily News that “the name calling, the attention drawing by persons or even the agenda setting by media,” had not left him dismayed.

“In itself it has actually assisted the education sector in making sure that everybody pays attention to the processes that are underway in the ministry. At the beginning I kept saying ‘no I am not changing (anything), we need to tweak, we are good at knowledge form but we need skills and value…so ultimately everyone appreciates that you can’t continue to produce kids who are dysfunctional in their own economy. It doesn’t make logical or rational sense,” he said.

Dokora is fully aware that many of his pronouncements have set him on a collision course with stakeholders in the education sector but his successor would like to see him being remembered in good light.

“He was a hard worker, that work ethic is what I learnt from him. A lot of people misunderstood him. He was a visionary. He knew where he wanted to take the new curriculum,” Mavima told the Daily News yesterday.

The introduction of the national pledge which critics said was an attempt to indoctrinate children set Dokora on a collision course with many. His pronouncements on condoms and scripture union did little to instil trust in the masses who failed to understand his methods.

And when he scraped off monetary incentives for teachers and banned extra lessons, his subordinates were quick to call him Dofora (daft one) which did not appear to extinguish the passion with which he went about his business.