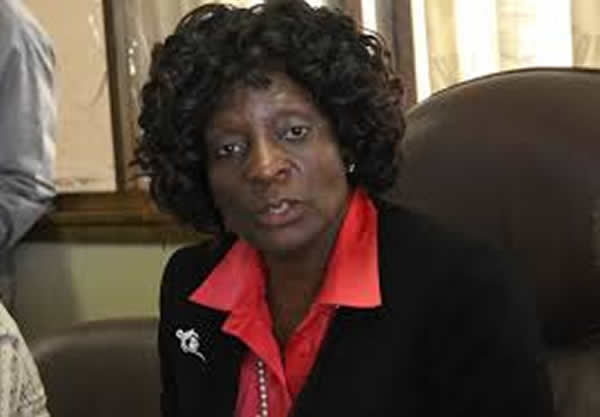 The last few days have been full of drama with questions being raised if the Zimbabwe Electoral Commission boss Rita Makarau could truly stage an Akombe escape. As Kenya’s Election Commissioner, Roselyn Akombe fled the country in fear of her life, Zimbabweans have begun debating if the country’s ZEC boss, Rita Makarau could consider doing the same.

MDC-T leader, Morgan Tsvangirai, has over the months called on Rita Makarau, who is also a judge of the Supreme Court and the secretary of the Judicial Service Commission (JSC) to make a choice of which particular job she would like to keep.

“The MDC is deeply concerned by this anomalous state of affairs whereby …Makarau occupies three crucial jobs at the same time. Particularly as we move towards the holding of elections in 2018, it would be more appropriate for …Makarau to make a choice of which particular job she would like to keep,” Tsvangirai’ through his party spokesperson, Obert Gutu said.

Two weeks ago, as former President, Mr Robert Mugabe was delaying to hand in his resignation letter, National Electoral Reform Agenda (NERA) – a coalition of opposition parties lobbying for electoral reforms before the 2018 general elections take place, called for resignations of Zec chairperson Rita Makarau and various government officials from their positions.

Rita Makarau was suspected for having close links with the ousted President Robert Mugabe in plotting to rig elections, according to NERA.

Others which NERA asked to resign are the University of Zimbabwe Vice Chancellor Levi Nyagura who is accused of giving Mugabe’s wife Grace a fake Doctorate.

NERA also demanded the resignation of Police Commissioner General Augustine Chihuri for a long time presiding on police officers who butchered the people on behalf of Mugabe.

Legal experts said Makarau’s dual role as both ZEC chairperson and the secretary of the Judicial Services Commission (JSC) were improper because there appears to be conflict of interests between her two full-time jobs.

They said if she was just a Supreme Court judge, then she would have qualified for a seat on ZEC in terms of Section 240 (a), but she is employed by an institution listed under Section 240 (c) as the JSC secretariat.

The other bone of contention is that her appointment to ZEC was not done in consultation with Parliament’s Committee on Standing Rules and Orders as required by the Constitution.

“It is an incestuous position that she is in and the honourable thing for her to do is to resign from one of the posts. There is so much conflict of interest,” said lawyer and opposition politician, Jacob Mafume.

Sources who spoke to My Zimbabwe News said Makarau had made her decision to resign earlier this week when President Mnangagwa appointed Cde Ziyambi Ziyambi as the new Minister of Legal affairs.

There were also rumours that she would have been fired soon had she not voluntarily resigned.

“It’s not only Rita who wishes to resign, several senior government officials who enjoyed close links with Mugabe are going to resign soon. Some have already handed in their resignation letters but they were temporarily halted by the authorities for political reasons,” the official added. – My Zimbabwe News