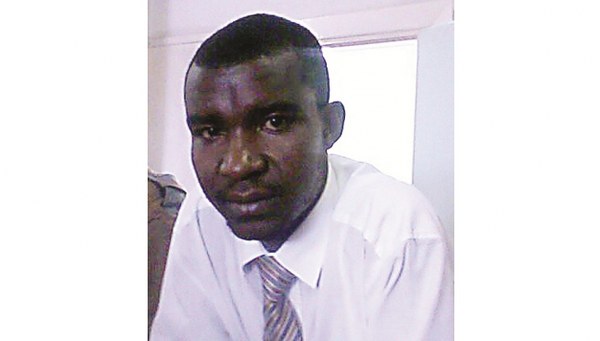 A PROSECUTOR from the Bulawayo Magistrates’ Court who was arrested in October for allegedly forging his boss’ signature, has appeared in court

He pleaded not guilty to the charges before Mr Lungile Sibanda.

Nzombe was remanded out of custody to January 16.

The state represented by Mr Sanders Sibanda amended the second charge from fraud to forgery.

Mr Mabhaudi told the court that he only learnt of the extortion case when a member of the CID who was investigating the matter brought the declined docket to his attention. “I was visited by members of the CID showing me that prosecution of four police officers had been declined,” he said.

Mr Mabhaudi said it was only then that he realised that he had not dealt with the matter and the signature which was on the docket was not his
I likened it to Nzombe’s signature but when I approached him he said he had no knowledge of the matter,” said Mr Mabhaudi.

Mr Sibanda said Nzombe was tasked with accessing criminal dockets and transmitting them to different courts for prosecution.

He said sometime between January and March 2016, Nzombe decided to decline to prosecute which was not his responsibility.

“Between January and March 2016, the accused in violation of his duty intentionally misrepresented himself as the prosecutor in charge at the Set Down Office and endorsed on an extortion docket that the state had declined to prosecute the matter,” said Mr Sibanda

“To cover up for the fraud, the accused forged the signature of Mr Mabhaudi on the docket. The investigating officer became suspicious and confronted Mr Mabhaudi who denied having signed such a docket.”

The court also heard that after the crime was committed, handwriting samples were obtained from prosecutors and other suspects including that of the accused person.

They were referred to a document examiner, forensic science laboratory office of the criminal investigations department for examination and analysis.

Mr Sibanda said the results linked Nzombe’s hand writing to the forged signature and a report of the findings would be produced in court as evidence.