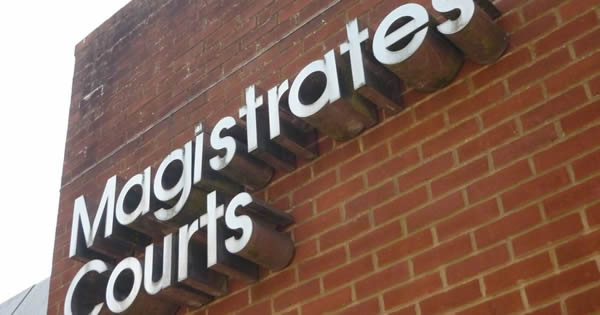 There was drama at the Kwekwe Magistrates Court on Tuesday as the presiding magistrate had to scurry for cover after one of the accused persons went berserk threatening to manhandle him.

Albert Duche who was in the dock suddenly ran amok and threatened to beat up magistrate Story Rushambwa for continuously questioning him.

Duche had been arrested and arraigned before the courts facing unlawful entry and malicious damage to property charges.

Allegations against Duche are that, sometime in December, he went to Darren Coetze’s house in Newtown where he unlawfully gained entry to the premises.

Upon entering, he started destroying property claiming that the owner of the house owed him money.

Police were called in and swiftly arrested Duche resulting in him being arraigned before Rushambwa.

Rushambwa repeatedly asked Duche why he committed the offence as he sought clarity from the accused.

This, however, did not go down well with Duche who turned violent, grabbed a microphone stand before throwing it towards the magistrate.

He grabbed the remaining parts of the microphone and sound equipment which he threw towards the gallery resulting in people in the gallery scampering for cover and stampeding at the exit.

Prison officers, however, reacted swiftly and apprehended the accused and whisked him away. He was remanded in custody in absentia to 16 January.