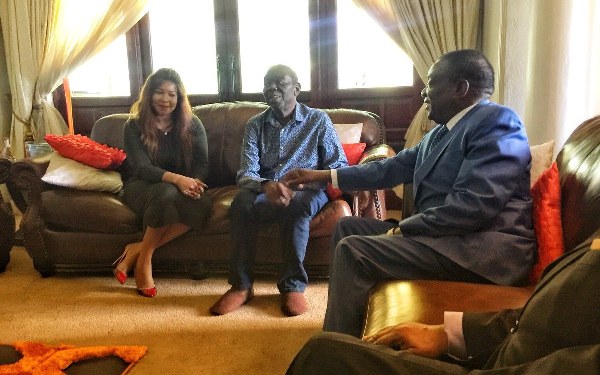 But some members of the MDC believe it’s time Tsvangirai stepped down. Eddie Cross said openly in 2017 that although Tsvangirai was the opposition’s best bet to unseat Zanu-PF‚ they should wake up to the reality that he was unhealthy and should “let someone [else] finish off”.

Some within the MDC are angling for one of his deputies to take over.

Mnangagwa told journalists after the meeting that Tsvangirai would be going for a medical review soon.

Former state journalist Mduduzi Mathuthu believed the comment was a tactical one by Mnangagwa to discredit his competition.

“With that brief visit‚ and a flash of the cameras‚ Mnangagwa has just staged a coup in the main opposition. Reality is MDC now cannot avoid confronting its succession quagmire‚” he said.

The general consensus on Twitter was that Tsvangirai should retire from politics on health grounds.

“The insistence of those in the MDC and through its alliance with other parties that Tsvangirai is the 2018 candidate is akin to witchcraft. Advise the man to retire he is ill‚”