“The ZRP confirms that there was a fatal road traffic accident at the 56km-peg along the Harare-Bulawayo road in Norton where a Mercedes Benz which had three passengers hit a lorry which had broken down and as a result was stationary in the road. 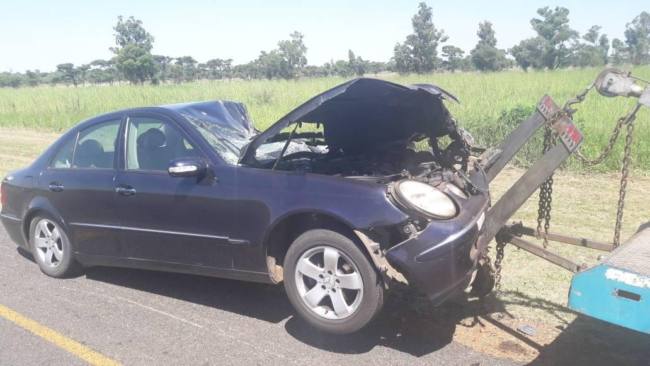 “As a result, one male adult died on the spot while the driver and another passenger were injured.”

Chief Supt Nyathi urged drivers of broken down vehicles to move off the road and to display breakdown triangles so as to alert other road users.

Cde Charumbira died yesterday morning after a car he was travelling in rammed into the broken down haulage truck along the Harare-Bulawayo Highway before the Norton tollgate on his way to Harare.

He was a passenger in the Mercedes Benz C-Class when the accident occurred at about 3am.

“We received the sad news early in the morning. He was involved in a road traffic accident together with two other colleagues on their way to Harare. Their car hit a stationary truck near Norton, just a few kilometres away from the tollgate. He died on the spot while the other two were injured,” said Cde Mpofu.

He described Cde Charumbira as a brave cadre who stood up to bullying from Mrs Mugabe.

“You will remember that he is part of the youths who bravely booed the former First Lady when she started to hurl insults at senior party leaders. We will remember him for his bravery. It’s really sad that he has passed away in such a tragic way,” he said.

Cde Charumbira was thrown out of the interface rally at White City Stadium when he famously booed Mrs Mugabe as she was addressing the crowd. He went into hiding for a few days before handing himself over to police who were hunting for him over the incident.

He was later acquitted in court.

In May last year Cde Charumbira was stabbed in the head following violent clashes at the Zanu-PF offices in Bulawayo.

Following the clashes, he was expelled from the party only to bounce back after the November Extraordinary Central Committee meeting which resolved that all party members who were fired unprocedurally by the G40 cabal should be re-admitted.