FORMER Malaysian Prime Minister Mahathir bin Mohamad, a close friend to ex-Zimbabwean leader Robert Mugabe, is seeking another term as his country’s premier at the age of 92.

Reports from the Southeast Asian country linked Mohamad to a bid for re-election as prime minister in general elections due August this year. He is the opposition alliance’s choice for candidate. 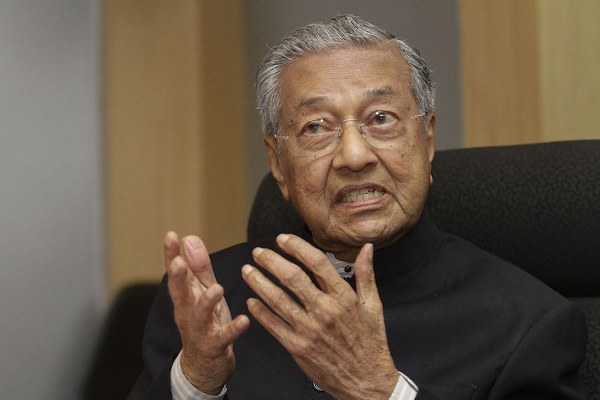 He however, seeks to bounce back at a time his Zimbabwean friend has been bounced out. Mugabe, 93, was November last year stopped in his tracks as his sought another term as the country’s leader in elections due this year thanks to a popular military intervention which pressured him to step down.

The two former leaders were not just close friends; they also ruffled a lot of feathers during their terms for radical views and authoritarian leadership styles.

The contrast however is in that Mugabe’s own policies wrecked his country and reduced it to a laughing stock while Mohamad led his country into becoming an economic giant.

Mohamad also played a key role in initiating Zimbabwe’s membership into the Commonwealth group of nations.

He would later, in the years, join Nigeria, Botswana and Bangladesh to block Britain’s bid to expel Zimbabwe from the Commonwealth after Mugabe was linked to massive electoral fraud and rights abuses in his country at the turn of the century.

Both men were also outspoken critics of what they regarded as neo-colonial imperialism of Western countries against the developing world and both were critics of the IMF’s economic policies in the face of economic crisis in their countries.

The two were once voted by the US-based Committee to Protect Journalists as among the world’s 10 worst enemies of the press.

In 2004, Mahathir came under fire from his people for alleged financial impropriety when he unilaterally donated a $40,000 shipment of rare Malaysian rainforest timbers towards the contraction of Mugabe’s Borrowdale mansion.

The British Sunday Telegraph in 2008 reported that Mugabe had channelled some 10 million pounds into Malaysian bank accounts although this was vehemently denied by Malaysian authorities.

Later, a BBC analysis alluded that Western money laundering and financial crime experts had been scrutinising accounts holding some US$65 million, said to be Mugabe money assets in Malaysia.